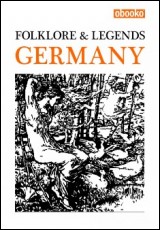 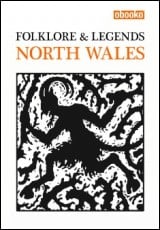 For the name 'Folklore' in its present signification, embracing the Popular Traditions, proverbial sayings, tales, superstitions, and customs of the people, we are in a great measure indebted to researchers and authors of myths and legends, which are now recognised as an important branch of antiquarian research.

The study of Folk-lore is year by year receiving greater attention, its object being to collect, classify, and preserve survivals of popular belief, and to trace them as far as possible to their original source. This task is no easy one, as technology and lifestyles are fast sweeping away every vestige of the old beliefs and customs which, in days gone by, held such a prominent place in social and domestic life.

The Folklore Author has, also, to deal with remote periods, and to examine the history of tales and traditions which have been handed down from the distant past and have lost much of their meaning in the lapse of years. But, as a writer once pointed out, mythology students tread on no man's toes. They take up points of history which the historian despises, and deal with monuments more intangible but infinitely more ancient. They prosper and are happy on the crumbs dropped from the tables of the learned, and grow scientifically rich on the refuse which less skilful craftsmen toss aside as useless. The tales with which the mother wiles her children asleep provide for the Folklore student a succulent banquet; for he knows that there is scarcely a child's story or a vain thought that may not be traced back to the childhood of the world, and to those primitive races from which so many polished nations have sprung.

The field of research, too, in which the legend writer is engaged is a most extensive one, supplying materials for investigation of a widespread character. Thus he recognises and, as far as he possibly can, explains the smallest item of superstition wherever found, not limiting his inquiries to any one subject. This, therefore, whilst enhancing the value of Folklore as a study, in the same degree increases its interest, since with a perfect impartiality it lays bare superstition as it exists among all members of society.