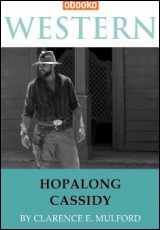 Return to the Wild West but avoid getting shot!

Western is a creative genre focused on telling stories related to the American Old West, more particularly the life that people had in the Old West during the 19th century. There are many distinct ideas you will find in this genre, which include cowboys and gunslingers, riding horses, using rifles or revolvers, bank robbers and a very distinct clothing set.

What should you know about the Old West?

The Wild West has a special place in US history because it’s a time in which people were still exploring the States and they were discovering places full of gold and with amazing riches. The interesting thing is that during the Wild West era there were still hundreds of native tribes spread all over the country and they were in fierce disagreement with the constant American expansion. That led to multiple battles with natives, something you will see depicted in cowboy books and a variety of other media.

What we see as the Old West is the American West before 1912, when the region started to modernize. As for the start of the Old West era, a lot of people see that to be the Louisiana Purchase in 1803. So the Western era did end up lasting almost 100 years. However, what you see depicted in Westerns is inspired by things which happened after 1850.

The Western Side of the US was inhabited by Native Americans for millennia, but it did serve as a frontier to European powers. This started to happen as soon as the Spanish colonization was effected in the 16th century. European powers saw an opportunity, and that’s why Russia, France and British forces arrived in the 18th and 19th centuries.

But as soon as the American Revolution ended, the United States became independent and they started to secure their own frontier. That started from the Appalachian Mountains westward. The country expanded rather quickly, to the point where more and more people came here to seize the opportunity. It was during that time when people started to see America as a land of opportunity, but as you can see from some Western books it also had its own struggles too.

What about the Western genre?

This genre was created to showcase a representation of what happened during those times. The thing to consider about this book genre is that regardless of where you see it represented, it always has some common plot points. So yes, be it video games, movies, music or Western novels, all of them talk about outlaw gangs, bounty hunters, the cavalry fighting native Americans, revenge stories, ranchers that protect their families from attackers and of course, there has to be a telegraph line or a railroad in there as well.

The depiction for most of these events is quite accurate and it gives a good understanding of how things were at that time, how the society evolved and continued to expand in more ways than one. In addition, this also shows that the Wild West wasn’t exactly a welcoming place for newcomers. And even living there was tough, with so many outlaws and gangs trying to seize the opportunity and make a quick buck.

Are there any Western book subgenres?

At first, you will believe that most Western novels and related media content are the same. But the reality is that as time passed this genre brought numerous subgenres and that really helps quite a bit when it comes to creating better and more comprehensive stories.

For example, you have comedy westerns, classical Western as well as horror Western, revisionist western, sci-fi Western, martial arts westerns as well as epic westerns and European westerns. There’s definitely a plethora of sub-genres here, and they are constantly evolving and spanning even new genres as well. Which is great, because Westerns are offering lots of room to play with when it comes to stories, locations, and characters.