As the crow flies, the northeastern corner of Hampshire is little more than 30 miles from central London. So it’s not surprising that this corner of the county is quite heavily populated, dotted with prosperous, sprawling towns such as Farnborough, Farnham and Basingstoke, plus the army enclave of Aldershot. What is surprising is that once you turn off the busy main roads, you can find yourself driving along narrow country lanes with very little traffic.

To the south of this area are the North Downs. Honouring the perverse tradition of English place-names, the Downs are actually uplands, softly rolling, wooded hills in whose folds lie scores of picturesque villages and of Winchester with its glorious cathedral, and further south still, the heavily populated coastal area extending from Havant through Portsmouth with its magnificent maritime heritage, to Southampton, which boasts one of the finest natural harbours in the world.

Oddly, there are comparatively few grand houses in Hampshire although The Vyne near Basingstoke, and the Duke of Wellington’s home, Stratfield Saye House, are both very imposing. Two smaller dwellings, however, attract many thousands of visitors to this corner of the county: Jane Austen’s House at Chawton, near Alton, and a few miles to the south, in the village of Selborne, The Wakes, home of the celebrated naturalist Gilbert White. Lovers of steam railways can combine a visit to these two houses with a ride on the Watercress Line, which runs between Alton and Alresford.

Created a National Park in 2005, the New Forest has been a Royal Forest for more than 900 years. It acquired its name after William the Conqueror proclaimed it as his hunting ground and began a programme of planting thousands of trees. The area is famous for its wildlife, in particular the ponies, and now that it has the status of a National Park, its 222 square miles will be protected from
“inappropriate development” in the future.

Designated a National Park in 2004, the New Forest, as is the way with many English place- names, is neither New nor a Forest, although much of it is attractively wooded. Some historians believe that ‘Forest’ is a corruption of an ancient British word, gores or gorest, meaning waste or open ground. ‘Gorse’ comes from the same root word. The term ‘New Forest’ came into use after William the Conqueror proclaimed the area a royal hunting ground, seized some 15,000 acres that Saxon farmers had laboriously reclaimed from the heathland, and began a programme of planting thousands of trees. To preserve wildlife for his sport, (the deer especially), William adopted all the rigorous venery laws of his Saxon royal predecessors and added some harsh measures of his own. Anyone who killed a deer would himself be killed. If someone shot at a beast and missed, his hands were cut off. And, perhaps most ruthless of all, anyone who disturbed a deer during the breeding season had his eyes put out.

There are still plenty of wild deer roaming the 145 square miles of the Forest Park, confined within its boundaries by cattle grids, (known to Americans as Texas Gates). You are much more likely though to see the famous New Forest ponies, free-wandering creatures, which nevertheless are all privately owned. They are also something of a hazard for drivers so do take care, especially at night.

The largest wild area in lowland Britain, the forest is ideal walking country with vast tracts virtually unpopulated but criss-crossed by a cat’s cradle of footpaths and bridle- ways. The Forestry Commission has also established a network of waymarked cycle routes, which make the most of the scenic attractions and are also designed to help protect the special nature of the forest. A map detailing the cycle network is available, along with a vast amount of other information about the area, from the New Forest Visitor Centre in Lyndhurst. Visitors can watch an audio visual show, see life-sized models of forest characters, make use of its Resource Centre and Library, and explore a gift shop specialising in locally made forest crafts. The only town of any size within the New Forest, Lyndhurst is generally regarded as its ‘capital’, a good place then to begin a tour of the area. 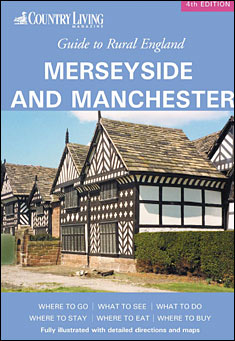