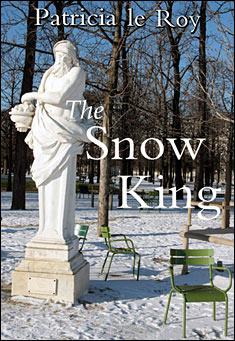 Olivia is through with men. Six years ago she moved to Paris to marry Denis, but now her marriage has failed, and she has vowed never to be dependent on a man again. She's going to get a divorce, find a job, and buy a house. What better way to use the money she inherited from her grandmother the gunrunner? Whatever happens, she's not going back to Canada. But then she meets Mathieu, cool and unreadable, possibly a crook, and his brother Patrick, tough and threatening, definitely a crook - and all her good resolutions fall apart.

The first time I saw the house was on a cold dismal evening towards the end of February. Claude had heard about it from an estate agent he knew, and sent me to take a look at it.

I stood in the street and stared. I couldn't believe my eyes. It was not a house at all. It looked like some kind of workshop. The word Claude had used was "atelier". It had narrow industrial-looking window panes and a rolling steel garage-like door. The outside walls were brick, and the paintwork was black.

It was tough and sexy and infinitely desirable. I had never seen anything like it. I wanted it right away.

I stood and gaped at it in the winter dusk. It was cold and raining, and there was no one about. No people, and no cars. I was standing in a street lined with small houses, the kind you sometimes find in unlikely corners of Paris, left over from one of the city's previous incarnations.

This area had once been an artists' quarter. The roadway was cobbled and uneven, the houses were odd-shaped and scruffy. The street ended in a cul-de-sac. The atelier was wedged between a tall grey house with cast-iron balconies that seemed to have come straight from New Orleans, and a smaller building whose inspiration was harder to decipher because it was smothered with ivy.

I went on staring. I was a hundred yards away from a four-lane boulevard, but it felt as though I was in another world. I had fallen out of time. The name of the street was the Impasse du Moulin Vert. It was getting too dark to see, but I had an idea that the house at the end of the impasse might well be what was left of the Green Windmill itself.

When I tore myself away and walked off down the hill, I could hardly feel the stones beneath my feet.

Claude lived only a few streets away, but the rain was coming down harder, and I was soaked by the time I got there. The euphoria I had felt in the impasse was beginning to evaporate, and I was cold and cross. My temper was not improved when I rang the doorbell and found Denis standing there, looking irritatingly handsome in a tight black polo-necked sweater.

"What are you doing here?" I demanded, pushing past him into the hall.

"Alice said you were coming, so I invited myself to dinner. I haven't seen you in weeks."

"You don't have to see me, Denis. We're divorced."

"Yes, but what does that really mean, a divorce?"

I was not about to get involved in one of Denis' philosophical discussions. "Where's Isabelle?" I demanded.

Denis looked shifty. "She had a late class."

Isabelle, his current girlfriend, was one of his students. No one had met her, and Denis was parsimonious with information about her, but as far as I could tell, she was in the last year of her degree course. That made her twenty-two at most. Denis had just turned thirty. He had got older since I married him, and so had I, but his girlfriends stayed the same age.

Denis subsided. I had made my point.

We went into the living room where Claude and Alice were waiting for us. After the rain outside, the room was a haven. The curtains were drawn against the dark, and the fire was crackling. The room smelt of pine logs and home-made bread. Claude and Alice were ensconced by the fire with a bottle of wine, while their teenage sons, Joseph and Benjamin, were engaged in rolling a joint at the kitchen table.

Claude was an architect and Alice wrote cookery books. They had lived in this house for five years. When they bought it, it had been in much the same state of disrepair as the atelier. Claude had redesigned the space and turned most of the ground floor into a vast kitchen come living room, which opened on to a small garden.

This room was the hub of the household. Alice spent most of her time in here, either cooking or writing. Claude, though he had a separate office on an upper floor, kept a desk permanently festooned with plans and models in a corner near the window, where he sat, making notes and adjustments, deep in thought, stroking his beard, tasting couscous or Mughal chicken as required. The boys too spent a lot of time in here, doing their homework, talking on the phone, or watching television. There was a bigger television in another room upstairs, but the family seemed to like hanging out together.

"Come and sit down, Olivia, you look frozen," said Alice.

Although the room was warm, she was wearing a long skirt and boots, several layers of T-shirts and pullovers, and a padded waistcoat, all in shades of yellow and orange that should have clashed, but went wonderfully well together. With her dark hair piled untidily on her head, her comfortably rounded form, and her ethnic earrings, she was the epitome of nineteen-seventies nurturing cool.

"Have you seen the house?" said Claude.

"What house?" said Denis, taking a seat on the teenage side of the room.

Alice made room for me beside the fire. Claude poured me a glass of wine.

"So what did you think?" said Claude.

I opened my mouth to tell them I was in love, and then shut it again. For one thing, it was going to sound silly. For another, I needed someone to temper my enthusiasm, not condone it. I had fallen in love before, and it had ended badly.

"It has potential," I said.

"Of course, you need to see inside," said Alice. 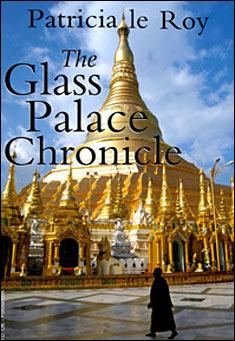 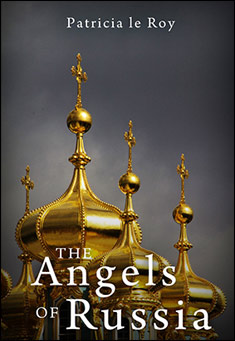 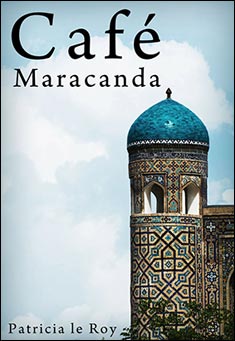 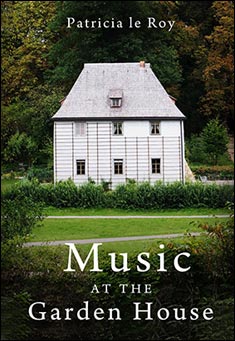 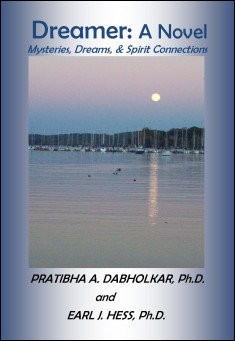 by Pratibha A. Dabholkar and Earl J. Hess This is a story about a young woman named April who solves the mystery of her mother’s death through dream communi......