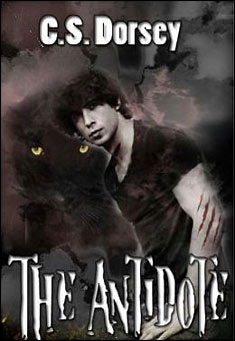 Alejandro Calderon is your average teenager, but when Francesca Rivera walks in his government class his life is suddenly thrown off. Who is this girl that has captured his attention with her mysterious looks? He makes every effort to get Francesca's attention, but she is there for one thing only and that is to protect Alejandro from the Lukos (wolves) army. Francesca has no choice but to tell Alejandro who he really is as things take a turn for the worst. A Lukos Novella.

Blah blah blah, that’s all I was hearing in U.S. Government class with Mrs. Martinez. I did not want to sit there and listen to how the government works. It’s screwed up anyway. There’s the end of that subject, everyone gets an A. I was so tired from the day before¬—Coach had us working double time at football practice yesterday. The loss on Tuesday hit us hard, especially Coach. The other team’s coach was his arch enemy when they were in high school, so he took the loss personally, and made us pay…big time. My muscles were so sore, I almost didn’t come to school.

Man…Mrs. Martinez was still taking. I wished she would shut up. I looked out the window and found that it was still raining. The sun had not shone for days in this month of October—the rain has no respect for the seasons here in Tacoma, Washington. The sunshine we do get in the summer lasts only for a brief moment.

I kept staring out the window, praying the time would go by faster. This blows, I thought to myself, when something hit me on my arm. It was a piece of crumpled-up paper. I opened it. It had hearts and smiley faces on it. It said…

Are you free Friday night?

I looked up, and Kasey Hixes turned to smile at me. I smiled back at her, to be polite. Hmm…what was I doing Friday night? I had no clue, but then it hit me—Sean’s party.

I wrote on the paper that I had plans. I wasn’t sure if she was invited—she was a junior, and the party was only for seniors and the football team. I threw the paper back to her. When she opened it she had a sad look on her face. And then she turned to me. I just shrugged my shoulders with a smile on my face. I hope she doesn’t get mad, I thought. I mean, don’t get me wrong—she was fine. Long curly hair, hazel eyes, and beautiful skin. But she was too forward, and I don’t like that in girls.

The other guys on the football team love the attention of girls throwing themselves at them. Me, I just stay on the sidelines. These girls did nothing for me.

Dang, Mrs. Martinez was still talking. Everyone was taking notes, but I decided to doodle instead.

Then the door opened.

In walked a girl that I had never seen before. She had very long black hair, down her back. Her eyes glowed like cat eyes do in the dark. It was kind of creepy, but sexy at the same time. She wore all black with silver jewelry. And her boots…I don’t know how she wore them. They came all the way up to her knees, with at least a four-inch heel.

“Attention, class, we have a new student, Francesca Rivera. Everyone welcome her.” The new girl looked at everyone like she wanted to throw up.

“Why don’t you take the empty seat next to Alejendro.”

She walked gracefully down the rows, not looking at anyone and saying nothing. She looked at me as she sat down and cleared her throat.

Damn, she was fine.

I could not keep my eyes off of her. Something about her made me wanted to grab her and kiss her nonstop, but I knew she would slap me and put a restraining order on me if I did that. So I decided against it.

The bell finally rang. I wanted to talk to her after class, but she was out of the room before I knew it.

by Stephanie Van Orman Beth Coldwell should not be in love with Christian Henderson. She's a teenager. He's a grown man. She wished she......