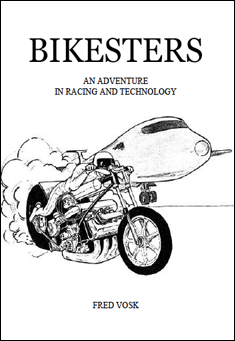 BIKESTERS is a high-action, technological adventure for both young and old which combines fully-developed stories, Internet entertainments and polished chrome racing machines with dazzling effect. Based on the overwhelmingly real creations of writer/designer Fred Vosk, the BIKESTERS saga is a character and value-rich narrative which chronicles the pinnacles, pitfalls and pitstops of a small-yet-dedicated band of match racers who crisscross the country in search of adventure and scientific discoveries.

No, it’s not a typo. My name’s Nitro and this is my introduction for you - to the “Bikesters”, a word which describes not only the motorcycle-dragsters which I designed and built with the help of my friends, but also the racing team members who first tested, mastered and maintained them. People like Terry, TK, Celeste, me, of course, and, from time to time, even a young guy who went only by the name of “Nail” – plus a couple old guys named “Jim”, and “Ben”.

This is their story, and mine: a wild adventure of racing and discovery through the fifty United States, which began way back in the very beginning of the beginning— back when racing was still  just a dare that you made to yourself and whoever else happened to be standing around at the time, and somehow, that always seemed to include Terry……

Terry and I hooked up together years ago, back when drag racing was just coming of age.  For those of you who aren’t real acquainted with the sport, it’s two cars - side by side - from a standing start, and the point is, to see who can get to the finish line first a quarter of a mile away. There’s timers at the start and finish lines, (called clocks), in each lane, to tell you how quickly each car covered that 1320 feet – that’s called your “Elapsed Time”, or “ET”. There’s two more sets of timers, (sometimes called lights, or eyes), one set on either side of the finish line in each lane, they tell you how fast each car is going as it crosses the finish line, or your “Top Speed”. One other thing, a car can actually go faster, or even quicker then the car in the other lane – but still lose! That’s because after the cars pull up to the starting line, they wait for a light to turn green, (like a stop light on a street), before the race starts – so if one driver is ‘quicker off the line’, (has a better reaction time), at the start he can win, even if he runs a slower race.

I’d already tried out several drivers in my dragster, but nobody was quite right. The partnership between mechanic, driver, and machine, is delicate at best. It has to be just right to get the maximum performance possible.

I put that first car together from just a pile of pipe and a bunch of odds n’ ends of engine pieces and stuff – and managed to turn it into a finely balanced, well tuned, racing machine. Terry picked up on that feeling right off: he and the car were one.

We won a bunch, racing around our home turf in Washington State at places like Arlington, Shelton and Bayview drag strips. Then it was off to Southern California to run top fuel at tracks like Lions, San Gabriel and Pomona, still winning a lot. We were plenty fast.

But then things started to change. It was costing more and more to race. We had all been getting a bit of help from the manufacturers - you know, engine parts, tires that kind of thing and it helped us cover the expenses while they got their stuff tested and advertised at the same time, but soon, even that wasn’t enough to cover our operating costs.

The racers who wanted to stay at the top level of competition had to go to the big companies, the corporations, for sponsorships. We got a deal from a soft drink company that kept us running at the top for a while, but some of the other fast teams were starting to get really big bucks. That meant that they could show up at a race with a spare engine or three ready to go, and a ton of spare parts. They could pretty much run us right into the ground! 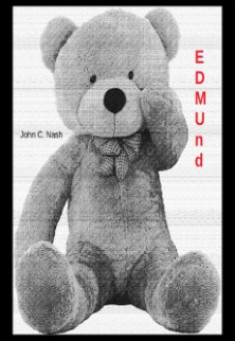 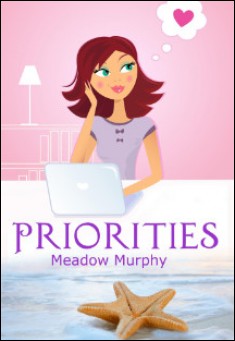