I See You
By Tina Mag

What happens when you fall in love with the most popular guy at school?

Melissa Hue tried to avoid Xavier Ward, but sparks fly between them when they both get they're hearts broken by the two people they love most.

Can they beat the odds or will the never ending challenges of life, a past flame and a near death experience prove to be too much for their relationship?

“Did you hear?’’ My best friend Julissa shrieked as we made our way to our math class.

Don’t get me wrong, I don’t have a problem with Jules, and her constant gossiping trends, but it always hurt me to see her get too excited about things that hardly ever concerned us.

All it ever did was just remind us that we were still in the lower class of the popularity ladder at Hillbrow High, and it hurt.

“Maddox Frost’’ Jules whispered as we took our usual seats at the back of the classroom.

Let’s get this out in the open, not many things interested me at Hillbrow, but Maddox Frost was an exception.

Yes I had a tiny crush on him, and Jules knew all about it so you can only imagine how often she teased me about it.

“I’m listening’’ I wasn’t going to say anything, but it was Maddox Frost for crying out loud.

Jules giggled as she shook her head in my direction. She wanted to say a lot, but she didn’t have to because it was obvious that I was a goner, literally.

For those of you that didn’t know, Maddox Frost is the Captain of our School’s baseball team which meant that he was obviously well known for his physique, and handsome face.

“I accidentally bumped into him this morning, and you won’t believe what he told me?’’ She squealed.

“He asked about you?’’ She whispered literally making my heart stop.

Joy washed over my face as I thought about Jules’ words. Maddox Frost had asked about me!

I had no idea that he even knew my name...This was the most incredible day of my life.

“Yes way, and that’s not even the best part yet.’’ Jules stated as I got even closer toward her.

“What!?’’ I all, but screamed before placing my hand over my mouth when I saw that everyone in class was looking over at me.

As if I wanted all that attention...

I was a master at blending-in, a pro when it came to camouflage, and I wanted to keep those standings high.
So let me break it down for you’ll that don’t already know. Julissa and I were considered nerds here at Hillbrow High since we both wore round dorky glasses, but that wasn’t because we couldn’t afford contacts...
We really liked wearing glasses and nothing screamed out vintage like a good old platted skirt which was another reason why our social standings weren’t that great when it came to our High School.

Aside from the fact that we both liked everything in-between National Geographics, and TLC, Jules, and I were quite polar opposite, but people always begged to differ given that Jules and I looked nearly identical.
We were hippies at heart, and could never hurt anyone unless of course they pushed us to the very apex of our sanity.

Every time I saw Jules, I just couldn’t not help, but think of my father who had the exact same shade of light brown eyes that Jules had, and her soft raven locks.

I on the other hand had baby blue eyes and honey blond hair that was a pain to maintain...Literally.

The strangest thing about Jules and I was that we had exactly the same body size and height, and our skin complexions were pretty much the same...We were the closest thing to identical twins in Hillbrow, and it just fascinated us. 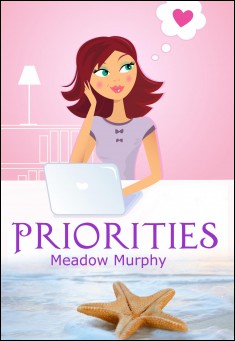