Introverted and shy, 14-year-old Leah Nells has lived her life alone, with only books to keep her company. As she starts 9th grade, she finds herself lost within the complicated social universe of high school -- especially when she falls in love with a boy from her class. Under pressure from her parents, her classmates, and the whole noisy world, can she become the girl she wants to be?

LEAH NELLS sat silently in the passenger seat of the car while Mrs. Nells navigated through the sleepy suburban neighborhood. With one hand on the steering wheel and a list of addresses in the other, Mrs. Nells checked the addresses against the numbers on the houses of the shady street, searching for one house in particular. This morning, mother and daughter were on a tour of local garage sales, and as their second hour of driving and shopping came to an end, Leah already felt exhausted. She wished she were back home in her bedroom, but with only one chapter left before she finished the geography book that her mother bought for her, along with several other books, at the start of the summer vacation, Leah was almost out of reading material and needed to go on this shopping trip.

She had already found four new books to read this morning. While her mother looked for the next house on her list, Leah looked at the spines of her new books and read the titles silently to herself: The Little Book of Earthquakes and Volcanoes, The Biomechanics of Insect Flight, Attracting Birds to Your Backyard, and The Social Construction of the Ocean. All of the books were hundreds of pages long. Some had pictures; others hardly had any at all. The bird book had the most pictures, and Leah was beginning to regret choosing it. Still, it was over 300 pages long, and it had only cost her mother forty cents. Leah decided she would read it first just to get it out of the way. She had found all of these books at the first garage sale that she and her mother had visited. Since that first garage sale, though, she hadn't had any luck finding books that appealed to her.

When they finally reached their destination—the next address on her mother's list—Mrs. Nells parked the car against the curb two houses down the street from the garage sale. Leah started to feel nervous. She could see a lot of people crowded on the driveway and in the garage. Book shopping was one of the very few things that could draw Leah out of her house on a Saturday morning, but she didn't like the crowds that she encountered. Mingling with so many strangers, and fearing the possibility that she might run into someone she knew—someone from school, was agony for her.

"Wow, this looks like the biggest garage sale we've seen all morning," Mrs. Nells said, excited. "I bet you'll find a book here." Leah didn't share her mother's enthusiasm. No book could compensate for the torture she was about to experience.

Still, she didn't say anything as she and her mother left the car and walked towards the house. Mrs. Nells rarely bought anything for herself at these garage sales—the only money she had spent this morning was for Leah's new books—but she did enjoy browsing. "You never know what you might find," Leah once heard her remark to Mr. Nells who sometimes teased them both for shopping at garage sales. Leah followed timidly behind her mother, her eyes searching the small crowd ahead of her to see if there were any faces that she recognized. There weren't; in fact, she could only see one other child—a small boy, six or seven years of age, holding a plastic toy gun in his hand and launching surprise attacks against imaginary foes in the front yard of the house. Leah pretended not to notice him, and rallying as much courage as she could, she followed her mother inside the garage and began looking for books. 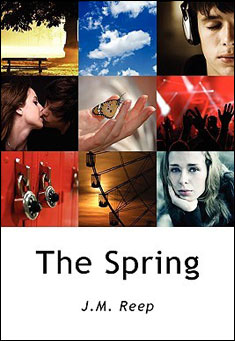 by John Green Genetically modified corn has infected people with a virus that causes them to turn into zombies concerned only with the......