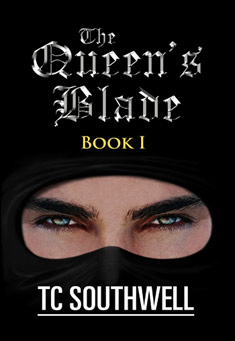 A doomed kingdom, a young queen's sacrifice and a killer who will bring an empire to its knees... In a world where men share kindred with beasts, an ageless seer predicts a child who will end the Endless War. One man is the instrument who will change fate. He will usher in a time of strife and pain that will live in legend, and forever bear his name... the time of the Queen's Blade.

In the time of Shamsara, Idol of the Beasts, on the world of Chasym, favoured of the great god Tinsharon, Queen Minna-Satu, beloved of the Jashimari, took power upon her mother's deathbed.

Tashi-Mansa, Elder Queen of the Jashimari, died two days later from the poison she had taken, and was duly interred within the royal tomb. On the day of her coronation, Minna-Satu stood upon the Plinth of Power and declared herself sworn to her people and the Endless War. Her declaration, however, proved different from those who had gone before her, for she vowed to bring an end to the eternal conflict.

Of the vast crowd that cheered and celebrated her ascension, many went away muttering darkly of her vow, unable to envision a world without war, an economy unspurred by the dark trades of death and weaponry. The Jashimari and the desert people of the Cotti had been at war for eight generations at least, some said longer, and none could remember its beginning or the reason for it. All that was known was that each successive queen was sworn to continue it, and every boy who reached manhood must fight in it, save those of high rank. Now their young Queen, daughter of the long line of queens who had upheld the honour of their people, had vowed to end it.

The seasoned warriors gathered before the golden palace to witness the new Queen's pledge raised their white-plumed spears in salute, and the populace beyond their ranks roared in adulation, as if her words had not reached them. In truth, the day's celebrations, the music, marching, chanting and priestly exhortations to the faithful, brushed this oddity from most people's minds much as a spider web is swept from its dusty corner by a housewife's broom. Some, with more ordered minds, noted it, wondered at it, and filed it away, while others wrote it down in texts and records. A few penned it on notes that swift, feathered messengers flew across the land, into the hands of the enemy king.

Upon receiving the first of these messages, King Shandor of the Cotti laughed uproariously and handed it to his eldest son. Prince Kerrion read it and tossed it aside, his countenance unlightened by levity. Shandor shook his head, still chuckling, and gazed at the sea of armoured warriors that surrounded his desert camp, an unstoppable tide of brawn marching inexorably towards the mountains that guarded Jashimari lands. There they would hurl themselves against the defenders' ramparts in waves of bloody combat in the time-honoured way.