Epic fantasy set on the planet Kwazur, where the largest moon, Brin causes three-month-long solar eclipses, twice each year--The Seasons of Shadow. The High Tides come, 800 to 2000 feet, to create vast tidal zones. Intelligent life forms, humans, whales, dolphins, and other lifeforms battle for control of the tidal zones, the Middle Ground. Three teenagers decide the bloody and futile wars of their parents must stop, they join together to create a new Empire of the Middle Ground.

When Ůle was led into the First Chamber, her fright became unbearable. She thought she might pee on her own feet. Her white linen dress extended from just below her small, tan breasts to her ankles. She was glad no one could see the few drops of urine trickle along her right thigh.

The High Priestess came forward quietly from the shadows of the Temple, wrapped in a cloak of ten thousand feathers. Ůle was forced to look up as the Priestess approached, because the Priestess walked on the che-kel, the sacred stilts. Above the head of the Priestess on the high ceiling, Ůle recognized the symbols of astrologers and hieroglyphic images of gods and goddesses. There were several immense panels painted in bright colors on smooth stone.

In the flickering light from the four raised fire-pits, Ůle could make out a circular zodiac, and panel of small boats with four or five human figures in each. One was spearing a large blue egg, while others stamped their feet and clubbed the heads and bodies of bleeding victims. The fury of The Judges was clear in that scene. The next panel showed a large lion, supported by four dog-headed human figures, each carrying a knife. Ůle recognized the gold crescent blades as the Sacred Knives of Bri-auk.

Next were a series of four panels, with details of a sacrifice to Bri- auk. The first dark image showed a nude woman on the Altar; then a scene of the woman with a sacred knife sunk deep in her chest, below her left breast. The woman was almost dead, her eyes barely open. In the third panel the woman, now dead, lay on a low table, surrounded by the Priests of Hgwofar. In the fourth panel, the woman is embalmed and wrapped from head to toe in strips of beige linen. A carved ceremonial jade mask covers the victim's face. Her dog sits close by looking up. A cat is also in the picture, cleaning a paw.

Ůle glanced to the left and right at the immense stone columns, which support the terrifying ceiling. Each pillar is six feet wide and forty feet high, covered in symbols and carved images of gods and goddesses.

By this time, the Priestess had stepped down from the che-kel and was standing on her own naked feet in front of Ůle. Two eight year old attendants ran quickly from the shadows of the stone pillars. The girls gathered up the heavy feather cloak, which the Priestess had dropped behind her.

The Priestess moved slowly around Ůle in the dim light. The fire- pits in First Chamber Initiation Hall, placed in the north, south, east and west, did not fill the space. The fires only illuminated portions of the ceiling and offered ambient light to the rest of the one hundred fifty foot length of the Hall. The only other light source were six tall, narrow slits, at most four inches wide, set at equal distances along the north and south walls. The bright afternoon sun sent shafts of light through these slits, but it had little effect on mysterious, dank gloominess of the Hall.

The Priestess' large breasts swayed gently as she danced. ?le watched them for a moment, thinking of her own mother's breasts, and was comforted by the memory of snuggling her face into her mother's breasts. Then, Ůle suddenly remembered her tutor's instructions: "After you hear the first notes of the flutes, you will kneel and place your hands flat, to each side of your knees. Do not look up again until you are instructed to do so." Ůle quickly did this, thinking how the Priestess' breasts were lovely and sexual, but offered no hint of comfort to any Initiate. Ůle had seen clusters of black scarab beetles tattooed around the Priestess' erect brown nipples. Ůle is haunted by the image of the woman's lovely face, hidden beneath deep crimson eye-shadow and obscured by wide stripes of black paint, which radiated from her eyes in all directions, up over her forehead and down across her wide, high cheekbones. To Ůle, the Priestess looked demonic. 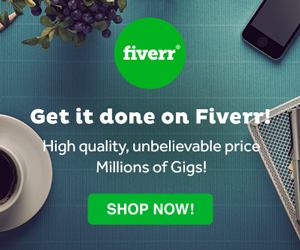