A collection of short stories, blogs and sketches about 'everyday' madness. Written by Leo Vine-Knight, author of Looking Through the Windows of Madness.

The world came back in gasps and wheezes, shivers of pain and flashes of unwanted light. I seemed to be snared in a cobweb of tubes and cables which hung around the room in fascinating loops and swags. A giant computer screen flickered and died in the distance, as those around me coughed, trembled and began to move……

Outside the clinic, a group of zombies gazed at the spiralling brown cloud, shooting stars and choking smoke which hung above the jagged teeth of a sacked city.

“Is this a nuclear winter?” I croaked..

“Oh, you’ve probably been out of town for a while.”

“Yes, that’s true….but what are those bright lights over the mountains?”

“Sure. Once they discovered we had nothing left, they simply revealed themselves and started clapping. We’re just a dog pit for the tourists now.”

Well, it was obviously a surprise to discover that my suicide hadn’t been final after all. Shortly after my demise the government had passed a law banning death, ostensibly because this was a contravention of human rights, but actually a last throw of the dice to retain power. Ergo, all intact bodies had been kept in various cryogenic or vegetative states while they awaited medical advances, rebirth and population of alien planets. Fortunately, my fatal blood loss and oxygen deprivation had somehow been reversed by the interim experimental therapies and I was now free.

Free to chew my mouldy sandwich in the street corner barter café, a hundred miles away from home, with no travel pass, wondering what had happened during the last fifteen years – and how I could find my wife, my children……and Kate. I had no idea where to start, but it was clear that a lot of things had finished. There were no gas burners on the streets, for example, because petrol had abruptly run out five years before, while scavenging and looting had replaced benefits and profiteering as the primary means of income. Middle class taxpayers had become an endangered species by 2015, leading to rapid meltdown. 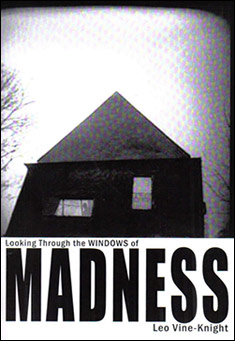 by M S Lawson The arch villain of the Star Wars series, Darth Vader, has been grossly misrepresented by historians. In fact he is a Ri......