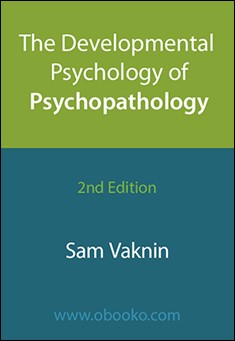 Psychopathology as the outcome of problems in early childhood development.

Ever since Freud, more women than men sought therapy. Consequently, terms like "hysteria' are intimately connected to female physiology and alleged female psychology. The DSM (Diagnostic and Statistical Manual, the bible of the psychiatric profession) expressly professes gender bias: personality disorders such as Borderline and Histrionic are supposed to be more common among women. but the DSM is rather even-handed: other personality disorders (e.g., the Narcissistic and Antisocial as well as the Schizotypal, Obsessive-Compulsive, Schizoid, and Paranoid) are more prevalent among men.

Why this gender disparity? There are a few possible answers:

Maybe personality disorders are not objective clinical entities, but culture-bound syndromes. In other words, perhaps they reflect biases and value judgments. Some patriarchal societies are also narcissistic. They emphasize qualities such as individualism and ambition, often identified with virility. Hence the preponderance of pathological narcissism among men. Women, on the other hand, are widely believed to be emotionally labile and clinging. This is why most Borderlines and Dependents are females.

Upbringing and environment, the process of socialization and cultural mores all play an important role in the pathogenesis of personality disorders. These views are not fringe: serious scholars (e.g., Kaplan and Pantony, 1991) claim that the mental health profession is inherently sexist.

Then again, genetics may be is at work. Men and women do differ genetically. This may account for the variability of the occurrence of specific personality disorders in men and women.

Some of the diagnostic criteria are ambiguous or even considered "normal" by the majority of the population. Histrionics "consistently use physical appearance to draw attention to self." Well, who doesn't in Western society? Why when a woman clings to a man it is labeled "codependence", but when a man relies on a woman to maintain his home, take care of his children, choose his attire, and prop his ego it is "companionship" (Walker, 1994)?

Quotes from the Literature

"Specifically, past research suggests that exploitive tendencies and open displays of feelings of entitlement will be less integral to narcissism for females than for males. For females such displays may carry a greater possibility of negative social sanctions because they would violate stereotypical gender-role expectancies for women, who are expected to engage in such positive social behavior as being tender, compassionate, warm,sympathetic, sensitive, and understanding.

In females, Exploitiveness/Entitlement is less well- integrated with the other components of narcissism as measured by the Narcissistic Personality Inventory (NPI) - Leadership/Authority, Self-absorption/Self- admiration, and Superiority/Arrogance- than in males - though 'male and female narcissists in general showed striking similarities in the manner in which most of the facets of narcissism were integrated with each other'."

by Hingori Once in a few hundred years comes a Siddh Guru who dedicates his entire life to making people aware of the dizzying heig......

by Hingori & Hannah The mind of your spirit will always be beyond your grasp, until you learn to identify with the ‘dreamer’ wit......