The IMRO was a populist organization established by intellectuals (as such groups often do) but staffed by peasant, lumpenproletariat and dwellers of the slums formed by Macedonian refugees all over the Balkans and especially in Sofia. Its members swore allegiance on a bible and a gun - two universally potent symbols. The nationalist-terrorist movement which bore the improbable by-name of "The Black Hand" was no such thing. It was elitist - only members of the officer corps and government officials could join. But the two shared an ethos and methods of operation. The IMRO sought to liberate the parts of Macedonia which were under Greek and Serb control - and the Black Hand (official name: "Union or Death") sought to do the same for Serbs under Ottoman or Habsburg rule. The Black Hand was the precursor of the Great Serbia dream. But whereas the IMRO - at least until 1913 - did not enjoy the support of the state and its mechanisms, the Black Hand was, for a long time, the long arm of the Serb government and the Serb state. To the generation of post-Yugoslavia It is a familiar story. In human affairs, the dream of a Greater Serbia is no less a recurrent nightmare than the numerable German Reichs and Serbia erupted upon the world stage no less frequently and regularly than its northern equivalent.

Serbia, Montenegro and Russia fought a war against Turkey in an effort to capitalize on a Serb peasants' revolt in Bosnia in 1875. The latter were mightily and rather inhumanly oppressed by the local Moslem nobility
(enmity has long roots in the Balkans). It was a holy war for the protection of holy (Orthodox) mother church. It was this conflict that led to the Turkish capitulation embedded in the San Stefano Treaty of 1878. It was not the first time that Balkan borders were re-drawn but, with the creation of Bulgaria, extending all the way to lake Ohrid, a few taboos were broken. A new state was created, Russia was introduced as a major player and the Sick Man of Europe (the Ottoman Empire) was in death throes. It also generated a new problem, the Macedonian one. The treaty of Berlin sought to restore the balance but to no avail. The inexorable germination of the nationalistic ideal has commenced. When the Treaty placed Bosnia-Herzegovina under Austro-Hungarian administration and allowed Habsburg garrisons to camp inside Serbia (effectively severing it from Montenegro) - the seeds of discontent blossomed into the evil flowers of violence.

No one cared what the local populace had to say. The Austrian brought roads and railways and modern mining and forestry and industry to this hitherto European backwater. Reversing the Ottoman infliction was no mean feat. Yet, the Austrians chose to rule by division, to motivate through hate and to buy the love of their subjects rather than to earn it. 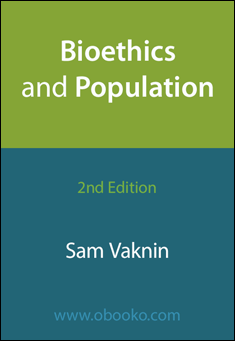 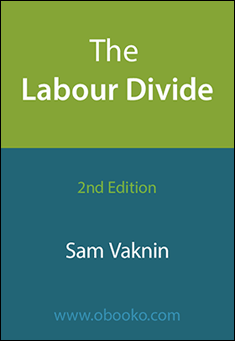 Asian Century… on a Knife-edge

by John West This book delves into the widely held belief that the 21st century will be the "Asian Century" by examining th......

The Green-Market System: A Second Currency for a Parallel Economy