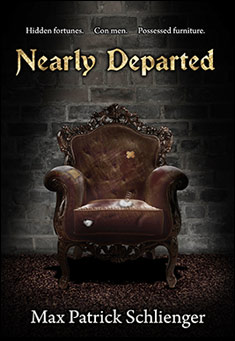 Con artists are a notoriously skeptical bunch, and Dennis Gufehautt is no exception. His scheme of masquerading as a paranormal investigator seems foolproof, until he encounters an actual ghost haunting an antique armchair.

Now, having unwittingly become a witness to a decades-old murder, Dennis finds himself stumbling headfirst into bizarre and often hilarious situations as he tries to solve a legitimate paranormal mystery.

Pursued by an overzealous private detective and driven to befriend a cast of memorable characters - from a perpetually-smoking matron to a charismatic charlatan who masquerades as an African shaman - Dennis works to exorcise the haunted furniture and return his life to a state of moderate normality.

It was a dark and stormy night. While the darkness could probably be taken for granted, it took a certain amount of good fortune for the presence of the rain to complete the evening’s mysterious setting. A flash of lightning would have been nice, but the San Francisco Bay Area was not known for its impressive storms. There was actually a decent chance that the weather would undergo a drastic change at any second, and begin to imitate a climate with a decidedly less ominous nature. For now, at least, the regrettable absence of thunder was an annoyance, but an expected one. If nothing else, it called attention to the sound of rain on the sidewalk and its muted echo as the drops spattered on the shingled roofs of nearby houses.

Contrary to what the scowl on his face would have lead a passerby to believe, the lone figure standing in the rain was secretly grateful for the evening’s weather. It meant that the mood for his work was already set, which would limit the amount of effort he’d have to expend in creating the necessary atmosphere. A cloud of thick smoke billowed from his mahogany pipe, and he watched as it drifted towards the unimpressive house across the street. Even in the dim light, he could see the paint was old and marked with cracks, and a section of the front porch slumped despondently, having long since succumbed to the effects of gravity.

The figure rummaged in his pocket and came away with a silver pocket watch. His gloved hands fumbled with the catch, and he muttered something indistinct in an irritated whisper. Finally, after glancing around to make sure that he was alone, the figure replaced the pocket watch and instead looked at the time displayed on the glowing screen of his cellular phone. Satisfied, he replaced the phone in his o vercoat’s inside pocket, having first checked to make sure that it had been programmed to remain silent. The last thing he needed was for it to start playing that ridiculous song which indicated that someone was calling him.

A sputtering hiss emanated from the damp sidewalk as the figure tapped out the contents of his pipe and crossed the street towards the house with the cracked paint. Then, cursing silently, he hurried back and retrieved the slim black briefcase from where he had set it before digging for his watch. Once again, he glanced around to make sure that his behavior had gone unseen, taking particular care to examine the illuminated windows of the house in front of him. There was no visible movement, which he took to be a good sign, and he approached at a slightly more hurried pace than he had the first time. After reaching the door, the figure stopped for just long enough to quickly inspect himself, and then reached forward and knocked on the door with three slow, steady hits.

Several seconds passed, and the figure wondered if he should have just used the doorbell. Before he could knock again, however, there was a sound of movement from the other side of the door, and it swung open to reveal a heavyset woman in a pleated skirt and a homemade brown sweater. Her long hair, which probably would have been graying if not for the unrealistically red dye, did very little to hide the gaudy earrings and necklaces that framed her face. She stared through the doorway, squinting in an effort to pierce the shadows cast by the figure’s black fedora.
“Doctor September?” the woman asked hesitantly.

The figure stepped forward, allowing the light from within the house to slowly climb up his body. His attire was completely black, save for the brown tweed sport coat and cream-colored tie worn beneath his duster. He placed his pipe in his coat’s pocket, and removed his oblong glasses, which he wiped on his sleeve to clear the droplets of water still clinging to the lenses.

“Yes,” the figure replied finally, replacing the glasses on the bridge of his nose, “I am Doctor Darvyn Luciano September. You may call me what you wish.” Without waiting for an invitation, he stepped forward again and looked around the interior of the house. He stroked his neatly-trimmed beard as he moved, running his fingers along where the edges were streaked with gray. After a moment, he turned back to the woman, who had closed the door and was watching him with a look of simultaneous nervousness, excitement and – he suppressed a shudder – lust. 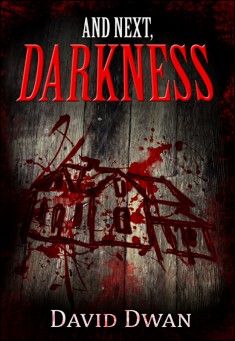 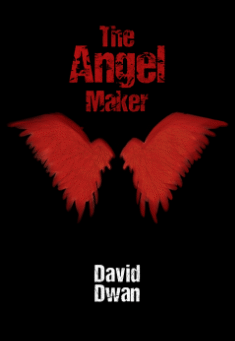