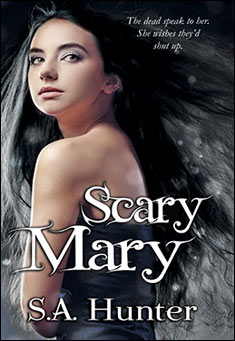 Scary Mary
By S. A. Hunter

Mary just wants to be left alone, but the cheerleaders, jocks, and ghosts won't stop harassing her. When new student Cyrus starts school, he tries to befriend her. That's a rare thing for the school freak, but her unusual abilities put a rift in their budding friendship when she has to tell him that his home is haunted and not by Casper, the friendly ghost.

Mary’s steps echoed down the locker-lined hallway. Doors whisked shut as she passed. She caught snippets as the doors closed: Welcome back for a new school year; hope everyone had a nice summer; please turn to page sixty-four. She’d been in one of those classrooms, bored out of her mind and doodling pentagrams onto the cover of her spiral notebook. She wished that she still were.

When she shoved the door to the guidance counselors’ suite of offices, it bounced off the door stop and startled the attendance secretary Mrs. Higgins. Mary marched past the scowling secretary to Mr. Landa’s office. She raised her hand to knock, but it opened before her fist could fall.

Mr. Landa greeted her with an already weary smile. "Welcome back, Mary."

Mary put her fist on her hip. “Who gets called to the guidance office on the first day of freaking school?”

Mr. Landa’s smile didn’t falter as he held the door open for her. She rolled her eyes and ducked by him.

From behind the desk, a disembodied female voice said, “I’m so sorry, Mary. I tried to stop him from summoning you. I hid his pass pad. Made all of his pens leak. I even banged his knees with the desk drawers. I can’t believe he had the office secretary call you over the P.A. system. Whatever happened to student confidentiality?”

As she took a seat, she flashed a smile toward Mrs. Brown, or at least, where she thought Mrs. Brown was judging from where her voice emanated. Mary couldn’t tell exactly because she couldn’t see her. Mrs. Brown was a ghost. She haunted Mr. Landa’s desk.

Once, Mr. Landa turned on the white noise machine by the door and flipped his sign to ‘In Session’, he took his seat. “I called you down here because we need to talk. Ready for the new school year?”

She slouched down into the chair. “No, but ready or not, right?”

Mr. Landa shuffled the papers on his desk. “I hope this year is good for you. What did you do over the summer?”

“The usual. Talked to ghosts. Cavorted with demons. Worked on my tan.”

Her answer made him pause. He took a moment to process it and looked at her. Her skin was pearly white. “Well…I’m glad you had a productive summer. I called you in today because I wanted to touch base with you on a few things.”

She frowned at him. “And you couldn’t wait until after the first day of school?” 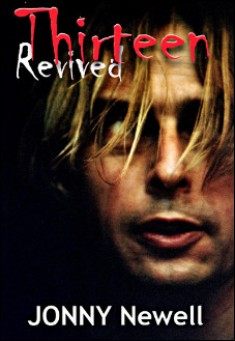 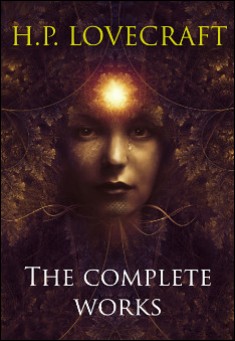