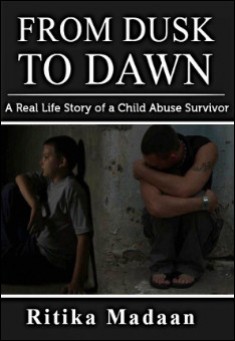 Officially licensed for obooko members. Scroll down to get your free book. Age Rating 17+

A turbulent childhood is at the root of what went on to be an equally turbulent adulthood for Daniel. Like so many others, his abuse begun at home. With no fixed father figure and a physically abusive mother, what should be pleasant memories were turned into nightmarish recollections.

Social Services soon intervened and at the age of 13 and he was placed in a children’s home. Whilst places like children’s homes are created for the protection of children it seems as though they can often be a breeding ground for the abuse and manipulation of children. His experience with a number of institutions that were put in place to prevent the harm of children has proved that there is a blatant betrayal of trust by those put in a position of authority.

The lack of moral backbone that such systems employed left him and a number of other children confused about authority and the law – a defective trait that led to misguided criminal activity during our youth.

His never dying determination and love for his wife made him turn the things around. He is a living proof that no matter how bad it gets, there is a light at the end of the tunnel.

I, being a social media freak, met ‘Daniel Thomas’ on a social networking site. Once started, we had long chats and so he recounted his account. Like many other children from United Kingdom (even the stories of same pattern are revealed to emerged out from many other countries), Daniel suffered physical and mental abuse of his mother; But this is not just a child abuse story; it is much beyond that. The story, which started with a domestic child abuse came up with emotional traumas, drugs, sex, police, crimes, courts, jails, abuses …n much more.

I found his story interesting and of course inspiring and so I wanted it to be penned as a book so that people can get to know what can be aftermaths of the child abuse.

Every parent, every care taker should know the importance of love that a child necessitates at this innocent age. Those who flog their child in the name of Parenting style …Making them disciplined…guys ‘come alive’ and know the difference, see if you are abusing your child knowingly or unknowingly. Neglecting a child, emotionally or physically torturing him is the same in-humane act we term as Child Abuse.

The story can inspire million of people who have faced child abuse; this person is a live example how he turned his Dark life into a Lighted one ….How he amended his life From Dusk To Dawn.

Though I took quite a while to decide if to really pen this down, I feel it helped me understand Daniel in a much better way. And what served more is writing this story keeping myself at his place so that I can feel the same pain that he has gone through.

I Saw Her Standing There

by John Paul Kirkham "I Saw Her Standing There" - is the long awaited autobiography. Loads of letters neatly boxed away in att......

by John Paul Kirkham This is the officially commissioned biography of Saint Clare of Assisi. After being granted special access to monastery......