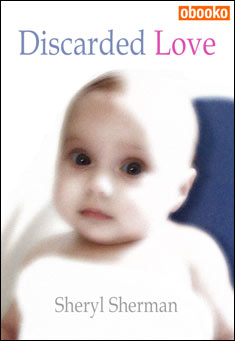 Joe always wanted children and is heart broken upon discovering his wife had an abortion without telling him. Lorraine is an up and coming anchorwoman. When she finds herself suddenly pregnant, she decides to abort the baby without telling anyone. Her husband finds out when she goes into shock from blood loss. This story depicts the side effects of abortion both physical and emotional.

The road to happiness is often marked with the stains of our mistakes. Our hearts are fickle things sometimes and what we once thought was our heart's desire can be seen in a backwards glance as our worst nightmare.

As with most stories, this one starts out innocently enough. Rudy and Joe were best friends since the playpen days. Parents lived next door to each other. Rudy's mom was the school principal and his father held down a bank job. Joe's dad ran a body shop and raced cars locally. His mother owned a bakery downtown.

Rudy was rugged with sandy blonde hair and a deep suntan. He looked like the beach comber he used to be in Daytona, Florida. He had an aggressive personality and a vitality for life. His ever curious side worked well in the field of reporting news. He had trouble at times with his temper but usually he could force a calmness that wasn't entirely sincere but businesslike.

Joe was laid back most of the time. He enjoyed seeing life through the eye of a camera lens. He wasn't exactly quiet but he seldom provoked a conversation. He was a perfect balance in friendship for Rudy.

Neither tried to out- do the other. Their relationship had been built on years of time spent together.

Joe stared out the window and wondered where the time had gone. Six years ago they were in college.

Now they barely saw each other. His heart was finally settled. He no longer felt the urge to drop when he heard her name.

Rudy had phoned him when he came home from a trip. He worked as a newsman. Joe had gone into photography and worked as cameraman for a top news channel. TOTTV had spotted him with his camera while working for a local news station and hired him on the spot. Joe was tall and lanky, and quietly worked behind the scenes. His work had earned the local news station status.

He wasn't quite sure how they had come to work together. He had thought it a wonderful idea, until Lorraine.

Rudy had spotted her first and by his voice on the phone, Joe knew he was in deep. A few days later, he could see why. Lorraine was a painter's paradise. Her face was like porcelain without a flaw. Full lips and high cheekbones accentuated wide deep blue eyes. Her eyes sparkled as she gave Joe the once over the first time they met.

He remembered their work together and sighed.

'Hey, we're going over to have breakfast. Why don't you come along Joe?' Rudy had such an easy going way about him. Everyone was comfortable to sit down and spill their guts within minutes for Rudy.

That is what made him a great news reporter.

Joe remembered the little outdoor cafe' they went to. They were on assignment in France and they decided to use it as a brief holiday. During that lunch, Rudy had taken a call and walked away from the table to speak in private.

Lorraine crossed her legs and sat back in her chair while she sipped her coffee. 'Looks like Rudy has a lead on that story we are working on.'

Joe turned to him and Rudy gave the thumbs up sign. 'Well, I guess that's the end of our frolicking for today. I think I better go check on my camera equipment.' He started to get up but felt Lorraine's arm restrain him.

'Why don't we go for a walk this afternoon. I would love to see the shops and Rudy isn't interested in the least.'

The two of them had walked and talked and found themselves laughing over the slightest things. When it was time to go back to the hotel, they held hands walking down the street as if it were the natural thing. Joe turned to Lorraine as he left her at her door and swooped down to kiss her without thinking.

He could still remember part of her face in the shadow and how the hall light revealed shimmering blue eyes.

As their eyes met, they knew they were in trouble. An awkward good bye and Lorraine had scooted inside her door.

Rudy had work to do and barely noticed the growing attraction between his best friend and his girlfriend. One evening as they were walking to the plane, he watched as Lorraine's eyes glowed while talking to Joe. Joe had hung his head and shuffled his feet before turning around.

It was too late though. Rudy was hit with it broadside. Lorraine had phoned later that evening to tell Joe that Rudy had broken it off. As much as Joe was relieved, he was also alarmed. Rudy sometimes went into depression or tried to hide his hurt with a sudden outburst of energy. He went to the local pub to see if he was there.

Rudy sat on a bar stool nursing a drink as Joe spotted him from the doorway. He took a deep breath and strolled over. 'Hi' he said.

Rudy turned slowly and gave a half smile. 'Yeah, hi.'

'Save that old line, will ya? The girl just found you the better man. Simple. You are in and I am out.'

Rudy threw back his drink and motioned to the bar tender for another. 'I can find someone else. Fact, I don't really need a chic shadowing me right now. I'm on my way up Joe. You know that.'

Joe knew he wouldn't even be drinking if this hadn't hurt him. What to say? He didn't have a clue. He ordered a ginger ale. 'Rudy, you are my best friend. Man, this sucks.'

Rudy gave a half-hearted laugh. 'She broke my heart and your life sucks? Give me a break.'

by D. H. Lawrence David Herbert Lawrence was an English writer and poet. His writing explores issues such as love, sexuality, emotional he......