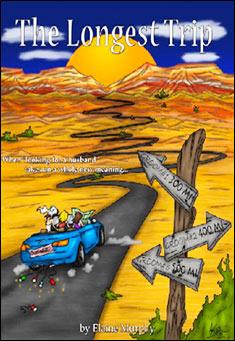 Excerpt:  The next two weeks pass in a blur of James. Let Alexis have her secret British accent and Ivy her numerous affairs - James is my secret affair and definitely the best secret I have ever kept in my life. I don't know why it's a secret, exactly, but James has not mentioned us to anyone either, and we rarely go out together, usually eating in, ordering in, having sex. My bed, his bed, my living room, his living room, kitchen, hallway, office at the bar... Oh my. This is a part of me I am not familiar with, and I hope my inexperience doesn't show. Though if it does, James has tactfully pretended not to notice, and he doesn't seem to be turned off by it in any way. He is kind and funny despite the rough edges, and his Boston accent in my ear as he lies on top of me or behind me or under me has a way of making every part of my body tingle.

One morning while making pancakes James mentions that he has to go to Boston early the next month and have I ever been to Boston? Did I want chocolate chips in my pancakes?

"What?" I ask, looking up from the paper, my hair damp from the shower and sticking uncomfortably to my face.

"Chocolate chips?" James repeats, glancing at me over his shoulder. I nod, though I can tell from the straight line of his back that he is waiting for me to answer the first question and knows that I heard it.

"Why do you have to go to Boston?" I ask as he sprinkles chocolate chips into the pan like a pro.

"My brother's getting married," he says.

This is the first I've heard of his family. "How many brothers do you have?" "Three, one sister."

"Well," James says, flipping the pancakes, still not looking at me. "His fianc? is a he, and he's a nice guy. You know. For a guy."

He glances over his shoulder at me, brows raised, like, Can you believe this? and I shrug because I don't know his brother and I'm not going to judge. I like the fact that James doesn't seem to be too upset with having a gay brother.


"I didn't know same sex marriages were legal in Boston," I say, grabbing the syrup from the fridge.

"Get the butter too," James says, flipping the pancakes onto plates, and I grab the container from the bottom of his strangely meticulous fridge. "It's more of a commitment ceremony, I guess," he says, joining me at the counter, putting a fork and knife on my plate as I breathe in the smell of melted chocolate and then smother it with syrup.

"Interesting," I say, not wanting to say "I'll come!" in case his earlier query was just that, a question, and not an invitation.

"Yeah," he says, cutting into his pancakes, chewing a piece slowly, then looking at me over his fork. "So you want to come?"

I pause mid-slice, and nod carefully. "Sure. If you want me to." "Well sure," James returns. "If you want to."

"I want that for you too," he replies, and I'm losing the battle to keep the smile off my face. He asked me to come to Boston.