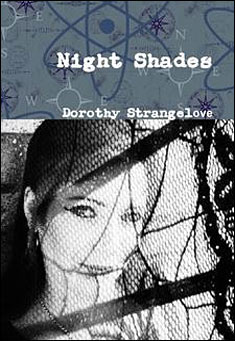 HAVE YOU EVER HAD THE FEELING THAT SOMETHING IS GOING TO HAPPEN?

I'm asking because I was once like you, sitting on my own in this pub thinking the world is black and white with nothing in between. But I know differently now, and I'm going to tell you a story that's true:

There's a place between what is real and unreal and if the timing is right the two can blur into one and magic can happen. I'm talking about that feeling of electricity sparking as if it's on your skin, like the air around you is alive and you know that something will happen. But it's so fleeting if you blink you miss it - if you don't blink, if you hold that moment anything is possible - and this is where my story begins. I've seen a ghost. He looked as real as you and I. He was warm, I know because his skin was touching mine.

I've had s-x with him. That's not a cue for you to ask me all about the s-x, that's just a part of it and I have a tale to tell. So I'll start at the beginning, on a cold, dark November night not long after Halloween, when I was sitting alone in a pub, drinking yet another brandy when a very different kind of spirit took my attention away

Halloween had nothing to do with it really. That had been last week. It was just a November night. I was sitting alone by the window watching the rain fall, glad I was in the warm pub with the brandy making me even warmer. I was slowly getting drunk, not because I was a careful drinker but because my money was running out and I didn't want to go home yet. I lived with someone who had long ago stopped being my partner. It was an effort to be civil let alone polite and the s-x had ended years ago. I was thirty one years old and still attractive - I often attracted men but they were usually the sort I would have fought off drunk or sober. My only consolation company I found in the bottom of a brandy glass. And that brandy was disappearing. With every sip I was thinking how fast the drink had made the daylight disappear. Last time I looked out the window it had been a grey, late afternoon. Now it was pitch black night and three hours had gone by.

My thoughts shifted back and forth from the cold wet night to the warmth and comfort of the pub. I wished I had waited and come out later instead of wasting half the afternoon working towards my future hangover. Now was the time I should have come out. Then I could have stayed sober, drank slower and waited - for what, I didn't know, all I had was the feeling that something was going to happen. I could feel it on my skin, like a prickle of energy that shimmered in the air around me.

Love for a Deaf Rebel: Schizophrenia on Bowen Island

by Derrick King With pathos and nostalgia, the author recounts his roller-coaster ride with Pearl, a vivacious deaf maverick, who, unkno......

Not The Best Summer

by Mon Ron When you think about summer you want it to be the best one. You start making plans as soon as spring comes. You want to......