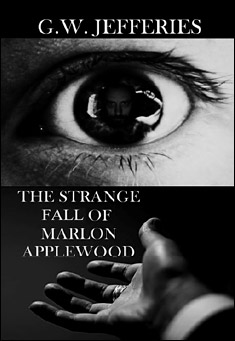 After a freak accident, Tim Combes is thrown back to a town he thought was his home but everything is different and nothing is making any sense. Someone has taken the light from San Pinto and Tim Combes is just the right man to bring his town out of the darkness. Or is he? Tim encounters bizarre characters on his journey as he begins to uncover the strange truth.

Marlon Applewood is a corrupt politician.
Tim Combes is trying to make it in the world.
These two men have something in common.
They are both the same man.

Every morning I turn on to Cemetery Road to get to work and each and every morning I'm always a little depressed. Usually, I'm too tired or too late to really think about it but the thoughts of sadness pops into my head. When it comes to lunch time, I always ponder the name of the road and the little cemetery that rests next to it.

Each morning, a dumb driver or two passes me up at forty mph on the right hand side and on the shoulder. I have to wait for oncoming traffic to pass so I can turn on to that depressing road. They don't want to wait. These dumb asses don't care if it is dangerous. I always honk my horn and sometimes I flash my lights. Other mornings I flip them the bird. I think it just pisses them off if they are paying attention.


Dead possums and skunks are always squished and I swerve to try and avoid the remains. I used to see a bunch of dogs but now they are gone. I'm not sure what happened to them. They were ugly creatures.
It's a thirty mph zone on Cemetery road but most people go at least forty five or fifty. The road is narrow and dangerous for anything above thirty. Nobody seems to care. So what is my point? Why am I sharing this? I don't know. It's probably a sign to change jobs. In the grand scheme of things this is a life message that should not be ignored. The signs are there. They are shown to me every work day. Something is wrong with this picture.

What happened to common sense? I was driving home from work the other day and some teenager who was on his cell phone was crossing the street. Cars were very close to this moron. He did not look both ways. He did not seem to care. A car or two slowed down and the teen who should have known better lived another day.
Another incident happened with some teenage girl who was standing on the painted line getting ready to cross the street. She looked both ways but was standing in the middle of the road. I censored myself here. I meant to say...standing in the middle of the f--ing road. Ah yes, that feels better.
Don't think I don't hold back while I'm in my car. The swear words start flying. The so-called "bad" words. Why are words bad? I don't get it. Why can't we say bad words when we are little but are perfectly fine when we are adults (or more or less fine)?

I think if you get As in English classes you can say what words you want in English.

by John Xavier Logline: The last people on a dying planet enjoy renewed hope as the first child is born in several years. Soon unexp......

by Candy Ray A story of time travel and mysticism, with a dystopian shade. Lydia and her girlfriend Moona are classical musicians......