The Oblivion Evangelist
By Dolly Sen

I forced my own head at gunpoint to think happy, normal thoughts as I sat in my dreary little bedsit, but it was no good. I attempted to ignore the temptation to stick people's heads onto poles because it gave me a terrible headache. My head has been filled with revolting, evil thoughts and ideas - and I enjoy it. These are the only things that have kept me going about my malignantly balmy day-to-day activities Thinking about murder has always managed to put a smile on my face and infused me with a warm glow. Having to resist them is the only pain I feel, restraining is like a heavy weight on the end of a fraying thread. can you imagine what it is like being unable to put my glorious fantasies of murder and havoc into reality?

Sitting in my dingy little bedsit, I forced my own head at gunpoint to think happy, normal thoughts, but it was no good. Trying to ignore the impulse to stick people's heads onto poles like lollipops gave me a horrible headache. For years now my mind has been filled with gruesome, evil thoughts and ideas - and I love it; they are the only things that have kept me alive, kept me going about my malignantly benign day-to-day business. Contemplating murder has always put a smile on my face and filled me with a warm glow. The only pain they cause me is in having to resist them, my restraint a one-ton weight on a fraying thread. Do you know what it is like not being able to put my heavenly fantasies of murder and mayhem into reality? It's like masturbating for eternity and never, ever allowing yourself to come. It's absolute torture, comparable to pulling teeth out of a toothless head. How can I be cheerful and positive when my soul is stuffed with the rotting meat of people I have not yet killed?

I have spent a long time fighting this compulsion to kill, which has made me feel like I am sharing one straitjacket skin ten sizes too small with the gargantuan gargoyles of agony and rage. I even tried to ask for help. I went to my GP. "I feel like killing someone." I told him. "Don't be silly," he said. He put me on anti-depressants, and that was that.

I devoured true-crime books as a vicarious substitute to actually committing the beautifully atrocious deed. They served the same function as ***********, I guess - satisfying immediate need, but still unable to eliminate the underlying compulsion I knew would revive in the near future. And like ****, the fed and nurtured more dubious urges.

I don't know why I spent so long fighting the urge, like anybody would really give a shit. Take today: this morning was another pointless, putrid addition to my useless stock of preceding days. I woke up to a stack of bills I couldn't pay, and a toilet that wouldn't flush. I wanted to die. Then I realised no one would give a flying f**k whether I died, or lived and carried on paying my final demands. They would only make a noise if I stopped paying my bills. It made me feel sick to my stomach.

So you see it wasn't anything much that was responsible or my transition from stupid useless c**t to serial killer.

But let's go back a week. I was a law-abiding nonentity with an interview at my local dole office to go to. As per usual the DSS clerk behind the desk was a beautiful human specimen of sarcasm and vapid arrogance. I decided to engage in some self-righteous derision too.

He had that curious sense of useless superiority most wage-slaves have about benefit scroungers, which I freely admitted I was.

"You've been signing on for a year, and you still haven't found a job, you haven't even applied for a single post at the job centre."

"There wasn't anything in my field."

"And what is your field?"

"No, what do you think?" he sneered dismissively. 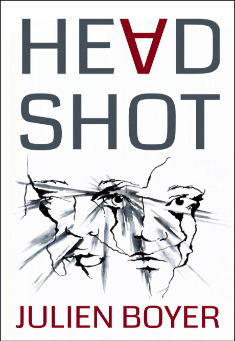