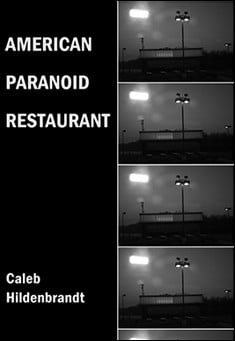 A meditation on identity, consumption, and pareidolia. Ninety-five percent true by semi-exact count. Contains the word "boudoir" twice, "polaroid" and "french fries" six times apiece, and "ejecta" only once. An everyman plot, with the faceless nameless protagonist stumbling from situation to counter-situation, attempting to make sense of graveyards, mascots, evangelicalism, cannibals, documentary filmmakers, and entrepreneurs. An American-style roman à clef circling sex, drugs, and rock and roll, but a muted one, for an audience raised more on PBS than the Ed Sullivan Show, reading David Foster Wallace in college rather than Hunter Thompson: while the narrator occasionally hints at a "wave speech," he never manages to crest that impulse and carry through. Instead, he passively observes and reports on what people tell him, and in the process, reports for the reader on the malaise and febrile dreams ingenerate in a society built around the consumption of ideas.

I got braces when I turned eleven. I was outfitted the day after my birthday, not unlike some modern rite of passage, a bodily modification designed to make me acceptable in adult society. Sitting in the waiting room alone except for my mother, I watched a ceiling-mounted television broadcasting music videos.

There on the screen was something new, something never before encountered and dangerous, a woman earnestly entreating the listener to kiss her. It was “Kisses, Please,” by Great Divorce, from their third album, An End to Metaphor. In the video, the frontwoman, singing softly, compellingly, sat on a bench with four men, looking at each in turn, as if she wanted to be kissed not only by the listener but her bandmates as well. My mother made a comment and I was appropriately horrified at the license implied by the dulcet voice hovering up near the ceiling. The receptionist, hearing the comment, came out from behind her counter and changed the channel to the news.

Five years later a cousin would burn me a copy of An End to Metaphor, and I would painstakingly copy the titles from the back of her disc onto a piece of paper that I slipped into the blank jewel case that held the pirated music. The title of the fourth track did not elicit my interest, but when the gentle guitar strumming bloomed from the speakers of my headphones I was thunderingly transported back to that waiting room on the early edge of puberty, seeing now only dimly and blurred the mouth and hair of the angelic chanteuse but hearing her voice in full and pellucid volume.

I was shocked. The utter license and explicitness of passion that I had heard five years before was now merely sweet, the harmonious and quaint way of children together, of innocence and love and guileless attraction in equal measure. A few years later I was to look up the video on the Internet, to find that the peculiar moral plaisance so recently discovered was not an artifact of hearing the song in isolation, but permeated the video as well.

Five years after that, on an amateur **** site, perusing videos of doughy young couples in harried and imitative coitus, of unbelievably vocal masturbators and young girls grinding in their bedrooms to distortingly over-loud rap dubs, I clicked on “1967_stip-and-dance-on-the-cam-wildly.mpeg.” The video began with the girl leaned over the camera, simultaneously pressing “record” on a laptop and “play” on some unseen boombox, and as she stepped back I heard, sweetly shockingly thrillingly, the opening guitar strumming, the softly syncopated snare and kick drums, the flowing liquid voice of the woman who all those years before had seemed to me an unparalleled specimen of unbridled sexuality. The girl in front of me peeled off a jacket, swayed gently, reached down, and lifted the hem of a baggy sweatshirt. Up came the flesh, the midsection, the white brasseire--and her arms were over her head, the shirt was off and dropped gently from an extended arm to the floor below. She moved, her waist describing perfect circles in an acceleration, a deceleration, an acceleration, a deceleration, a throbbing of radial motion. Her arms were up again and all was white, white everywhere, except her eyes, large, and hair, dark, now lifted in her hands, now loosed, now falling around her shoulders. Still she continued to move, and then reached down, a hand on each side of her fly, then peeling off, down, down--she had it down to her knees, and bent, her poise faltering just a little as she tried to maintain balance and keep the flesh of her stomach smooth as her body curved, fell to a position horizontal to the viewer, her eyes, though, never leaving for a moment mine. The pants were off and delicately discarded, and the motion began again, and still the voice of that female vocalist mewed and trilled, singing what I and what the girl in front of me so dearly wanted, so badly--and here were the straps of her brassiere, held by finger tips, and here the shoulders, and here the frozen frame and an offer to subscribe for 19.95 a month for full and unmetered access. It didn’t matter. I had come, achingly and emotionally, long before, when she had given her hair an extra little swing in conjunction with an especially sweet inflection in the song. I sat now and stared, unbelieving of how I had gotten here.