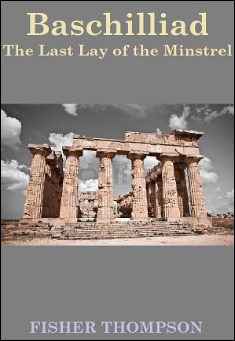 Baschilliad: The Last Lay of the Minstrel
By Fisher Thompson

BC era Greece poses one problem for wannabe mythic hero Baschilles; his inability to complete the stages of the "Heroic Pattern" and achieve immortality. Welcome to the bizarre, obsessive world of Baschilles. A world full of mischievous gods, grandiose plans, elusive immortality, and a life endangering mate.

The world swirls and churns exhuming that which is best left alone. Yet alone is a concept easy to understand but so difficult to come by. As a bonafide loner, long before the term took residence in the annals of psychology, alone has been my steady companion one amongst many paradoxes. Yet, today, that is no longer the case. Given to ranting tirades of complaint as I am this disclosure of alone being a distant place is neither rant nor complaint but merely observation. And it is from this place of observation I attune to the birdsong of my latest love, singing her tune of joy and wonder.

"I know how to play the sweet three necked lyre," she boasted. "And I can do it while we DO IT!"

Thus we met as she made good her promise. Recovering as I was from repression of individuality--this collective society is so passe'--her unique interpretation of revival tent faith healing struck within me a sympathetic chord. Hers was not vulgar hucksterism. Hers was a brilliant cure for my apathetic boredom.

Yet still within my heartfelt joy at watching the sway and pluck of her nimble fingers, I strayed to a somber tone whose tendrils have gripped me daily in my tortured passage. Hers was an incantation so pure, so profound, so abundant with multifarious life I immediately suffered for want of more, a representation among the horde that would produce greater than this lone display benevolently birthed by lady mine. Or maybe I was simply overcome with a joy so great that my words failed to convey the transcendence of her bequest--or perhaps my callous disregard for the divine feminine.

"Where have all the artists GONE??!!" I shouted, pathetically weaker than I had hoped for. "One would think the world is after all FLAT and they've charged over the precipice!"
She only smiled and plucked at her instrument, her delicate angelic features glowing in the morning light.

How she found me, that wretched first day of our acquaintance, was still somewhat of a mystery. There I was, alone, dashed against jagged rock and sea, a mere glimmer of the man I had once been. Having gone there to die I neither expected nor anticipated intrusion. So naturally, when first I heard those tender footfalls on the cruel sands, my thoughts went to Heaven's gate. Yes, yes!! The winged ones had arrived to claim me! So much was I enraptured by this vision, that at first, I mistook her for one of them, a seraphic creature, come to whisk me away to my eternal home.

But this was not the final moment as I had conceived. No. Life had still a few twisted torments in reserve. Yet how, why, for what purpose should my complaints ascend to divine ears when bestowing this earthy creature upon my tortured soul has by all accounting been the greatest of triumphs?

My days are now spent in this manner; watching, absorbing, luxuriating in her splendor. And to think I had prayed for death! Challenged Hadean primacy! Raced to force his ghastly hand! Hah! Such fools are mortals we.

"When the fox calls the grapes sour simply because they are out of reach, it is a very human response. Yet it is a response which has many times found expression from my lips. Does that convey bitterness in my regard?"

"Why struggle so needlessly? These narratives of pitiful melodrama no longer become you."
"But am I truly renewed? Has all sorrow really been reclaimed?"

She sighed, knowing that further pursuit would only press me deeper into self perpetuating despair. 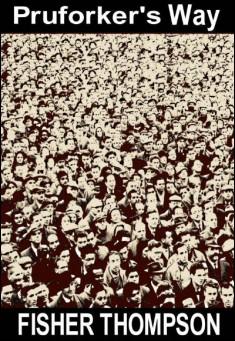 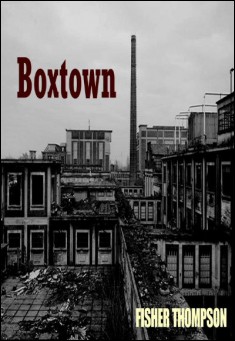 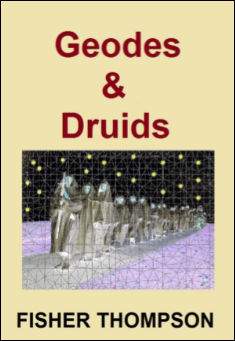 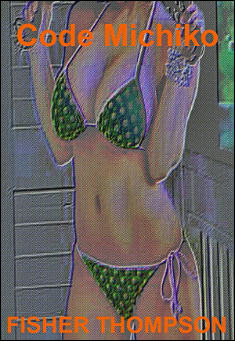 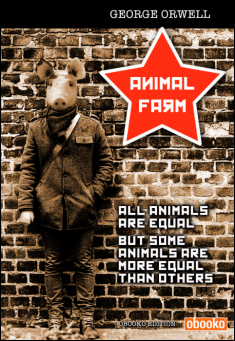 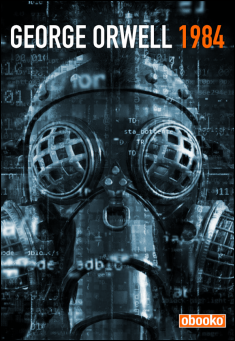