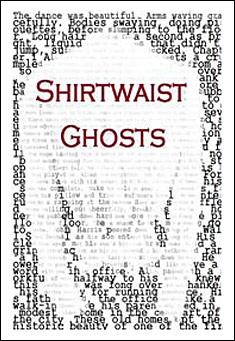 Hector and Marcos are called in to investigate a haunted building downtown. A tragic event is the key to solving the haunting, but will they learn the truth to set the ghosts free?

Allen laid on the bed, arms and legs splayed out, the sheets a crumpled mess around him, trying to will himself into oblivion. The refrain from a song playing in his head, 'Make the world go away ...'

His life was pretty much over, like the other estimated 8 million recently unemployed workers in America. The bank he worked for failed and caused the ripple of fear in the financial markets that more banks would soon topple, in his mind, he shared some responsibility.

The housing bubble popped like a an overfilled balloon.  It started with interest-only loans made to homeowners through their local bank. The banks sold these loans to free up money to make more loans. Soon the original loans were packaged deals, broken up and resold several times using sophisticated computer programs to figure out the derivatives and sub prime mortgages. All went very well until housing prices started dropping and home owners defaulted on their mortgages. His bank needed to move about $40 billion every three months to hide the fact that the bank was living on borrowed money and borrowed time.

As the old saying goes, the bigger you are, the harder you fall. The huge banking firm he worked for with a hundred year reputation and no bailout money coming from the Feds, closed its doors and the world didn't stop turning. Others fell, but without the accounting hi-jinks pulled by his bank, they played on.

Allen lost everything - job, wife, kids, house. Forced to move back with his parents in El Paso, the armpit of Texas, his shame was complete.

'Make the world go away ...' he covered his face with his pillow and tried to suffocate himself. He was interrupted by a rapping at the bedroom door and his mother's muffled voice calling out cheerfully, "Breakfast is on the table, honey!"
He pushed down hard one more time then flung the pillow to the floor, 'Be a shame to let mom’s cooking go to waste.'

John Harris peered over the top of the Wall Street Journal as his son entered the dining room. His clear blue eyes met his son's blood-shot brown ones. He hid a grin of satisfaction as his son tightened up his bathrobe and ran a hand through his rumpled hair before sitting down to eat. He lowered the paper, "After breakfast, I would like to have a word with you in my office."

Allen paused with a forkful of eggs halfway to his mouth. He knew this confrontation was long over due and thanked his mother silently for running interference.

His father exaggerated, the office was more like a walk-in closet, since his parents only lived in a modest, older home in the central part of the city.  These old homes kept the historic beauty of one of the first ritzy communities in El Paso. Since Allen didn't have a proverbial pot to piss in, he couldn't argue with his father's idea of an office.  He sat in front of a once successfu