Only somebody looking for serious trouble would want to visit Hancox 1 - a stormy, tide-locked world infested by biological terror weapons - Krillaz.

What are Krillaz? - a nightmare genetically modified cross between rats and people. Even hunters avoid the place. However, interplanetary recovery agent Vic Vargo has one million reasons to go. If he rescues a playboy from the talons of the Krillaz, he is in line to collect a million Hydrans. Seizing the bait, he teams up with a group of executives on a management bonding exercise and they head out to a ruined city.

There, Vargo realizes the team have bitten off far more than they can chew. Unlike the sharp-toothed Krillaz...

You have to be plum loco to want to spend any time on Hancox 1. I'm not crazy – I scored over 86% on my aptitude evaluation back at University, which is a good score. You don't want 100% as nobody's that sane. If anybody ever achieved that score they'd probably lock them up in the stasis-jails as well as the low scorers, just to be on the safe side.

So what's so bad about Hancox 1, I hear you ask? What's right about it, I'd reply? Well, it's a tide-locked planet, the first in a system of three orbiting a dim, M-type red dwarf star on the far side of the Pegasus Sector. Tide-locked, you ask next? C'mon, where have you been? Weren't you concentrating in astrophysics? A tide-locked world is where one side of the planet constantly faces its sun while the other is exposed to the dark and cold of space.

On any planet with an atmosphere, this imbalance creates gale force winds and usually the daylight side is desiccated desert while the night-side is a frozen wilderness. However, on those worlds lucky enough to have deep oceans and thick cloud cover, which minimises these extreme effects, life can get a toe-hold, although it's nearly always simple stuff.

So, as you've gathered, despite abundant water, Hancox 1 is no paradise world. Most aren't. Being less than desirable, the Bureau allocated it to mostly Central Asian refugees from the Third Sino-Turkmen War. If you don't recall it, look it up in the History files – about two hundred years ago, I think. No, I can't remember what that war was about – when you get down to it, the reasons are usually fear, status and mineral rights, I'd guess. Ultimately, that's what most wars are about. Anyway, these refugees fled to Hancox 1's scattered sub-continents and built themselves a new life. May not have been a great life, at least at first, but it was better than their ruined homelands.

But these refugees weren't a unified people – there was a sub-group fleeing the Nova Beruvian stonequakes, for example – and each sub-continent soon ended up supporting one or more countries. Sooner or later, rabble-rousing demagogues arose backing petty tyrants and warlords. Eventually, of course, these statelets fell out among themselves and started warring.

And then one side used Krillaz. And that's why I wouldn't choose to go to Hancox 1. What do you mean; you've never heard of Krillaz? What do they teach at school these days? Or have they suppressed data on those monstrosities? Can't trust anything you read these days.

Okay, okay. I'll tell you. You'll need to know if you're setting foot on Hancox 1. Though you'll only see one if you travel to the empty continent of Sirocco. To give you some background, decades ago, there was a savage war between two planets. Unsurprisingly, one of them was the Peaceful Co-Prosperity Orb of Xin-Muong. So no quarter was asked or given. But when you think about it, there's no point in simply thermo-nuking a place until its surface turns to glass. Or bombarding it with asteroids deflected from their orbits. All you'd win is useless rock, uninhabitable for millennia. Also, you'd risk retaliation from other systems. 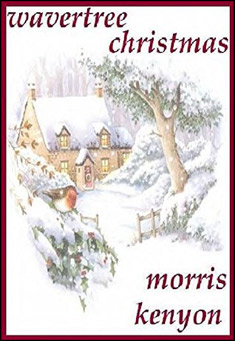