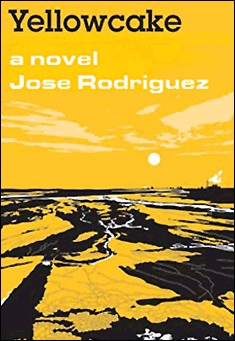 A ten year old blessed with a great intellect is also damned with tumors and deformities that make him an outcast. He tries to fit in a society that doesn't accept his deformed looks. In school, he plays dumb to hide his high IQ and intellect; he doesn't want another reason for people to see him as a freak. Little by little his deception falls apart, and finds himself seeing the word through his older brother's eyes, a brother who is sound of body but has the intellect of a vegetable. Trying to fit into a world that does not accept deviations from what is considered normality is not easy task, and the tragic events that follow make that desire for acceptance an impossibility.

Dry sunshine irradiates a Colorado landscape of rolling hills that run away into the distance to turn into mesas and mountains under a deep blue sky. Teman sits behind the school bus driver, Mr. Vargas, a man of big shoulders and cropped salt and pepper hair. Teman's nose is flat against the dusty glass as the bus moves through the two lane road that winds its way flanking the river. Teman has ridden this road back and forth between the school and his house many times before, but the harsh beauty of what sometimes is an utter desert and sometimes are swaths of brown and honey brush never ceases to enthrall him.

The river runs strong among rocks and sandbars yet there is no a single spec of greenery around the edges where dirt meets water. The dry and cold winter has turned things into a palette of soft browns and khakis. The dry and hot summer will turn things back to honey and wheat colors after the brief spring, at time as slippery as a coyote; now you see it, now you don't. The tall cottonwoods will stay green during the long summer, and Teman knows it because his house sits in a grow of them.
A big round wad of paper hits Teman on the back of the head; the wad bounces into the aisle. There are muffled laughs from the back of the bus. All things evil seem to come from the rear of the bus, Teman thinks, hell on wheels. Mr. Vargas eyebrows raise on the concave view mirror above him. "Cut it out!" warns Mr. Vargas. His voice is stern and his words have been known to be followed by action more than once, when he has stopped his bus on the side of the road to straighten the crowd at the back. His stocky body and big hands could, and nobody has a doubt about it, throw any unruly kid out of the bus like if he were tossing a banana peel out of the window. The voices die but Teman knows that they will come back. They always do because all Mr. Vargas' of the world put together will never be able to snuff them out.

The bus stops in a neighborhood of nice houses and leafless apple trees standing over yellow lawns. Teman wishes he could also leave the bus right here and walk into one of those nice houses where a happy family awaits for him and where the phone will ring with calls from friends asking to come over or for him to meet them somewhere in town. A group of kids leaves the bus. The door closes and as the bus starts to pull away a shout comes from the outside, "Good bye freak!" Group anonymity gives courage to the otherwise meek. Mr. Vargas' eyes on the round rear view mirror look at Teman, meet Teman's own behind Teman's thick glasses and then go back to the road, as if ashamed. What happens outside his bus is beyond his control, Mr. Vargas thinks; still, one day he would like to crack a couple of heads, his job be damned.


The end of the line: the bus is almost empty but for Teman, Sussie Keefe and Margit Chavez. Teman waits for the girls to get down the stairs and out. He stands and puts his arm through the strap of his backpack and hobbles down the stairs.
"See you later T-Man," says Mr. Vargas. Teman turns around at the bottom of the stairs.

"See you later Mr. Vargas," and jumps out of the bus. He lands on shaky feet but manages to stay upright. The door closes behind him and the bus pulls away. He stands in place watching the bus disappear down the dirt packed road, a yellow box on wheels that gets smaller by the second. He then turns around and faces his house and starts walking in that direction. The girls are already way ahead of him, going to their homes further down the road. Teman likes them because they are dirt poor like him and are decent towards him despite his looks. Sussie is always nice to him and Margit is polite, even though she swallows hard not to be put off by his ... by his peculiarities. There is kinship on living on this side of town, at the end of the line, where the road is dirt, a place of old cars, skinny dogs and shacks.