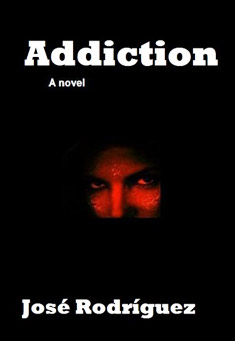 An Internet obsession drives a common family man into divorce, the horrors of incest, and a life he had not planned for. Exiled from his former world he escapes into oblivion until years later the daughter he had abused tracks him down. The young woman has her own addictions and troubles. Father, daughter and a revolver meet and destinies change.

I know how stupid is to write about my crimes on these pages. My problem is that I'm too sensitive for my own good, or perhaps it is just a sliver of conscience and a meek attempt at self incrimination and redemption.

In due time strangers' eyes will look at these pages and will wonder at the monster who wrote these things. They will cringe in disgust and their eyebrows will arch in surprise. They may laugh at my pitiful attempts at becoming normal. Perhaps they will not finish reading my writings, tired of well articulated words that bring no new evidence to a de facto conclusion: here is a looser who veered astray from the righteous path demarcated by society. That same society will be a better place once I’m gone, and the taxpayers can save themselves the expense of a trial and keeping me alive in their overcrowded jails because neither state sponsored punishment nor rehabilitation catches my fancy. Being a coward and fleeing suits me better because I accept responsibility for my crimes but I don’t want to deal with the consequences.

Stranger, whoever you may be, here are Mr_X’s memoirs for you to read. You will read these pages and the passage of events will unfold like a flower under the sun. Expect sour nectar from this black rose.

Your mercy neither I want nor I ask for. The forgiveness of my victims I don’t need because such currency is not taken in hell, and I like to travel light. They can use their forgiveness on themselves, or trade it for a better commodity, such as hatefulness for my memory. Let them trade their hard-earned forgiveness for my own damnation, easier to use on their part and more deserved on mine.

You came here looking for cogent proof of my crimes. If you don’t want to dally in my dairies, I invite you to see my execrable pictures hidden in my computer. This vast collection of filth, cataloged as any great library would be, is ineluctable evidence of what I became, of what I’m now. Look no more because you have found me, Mr_X the Multifarious Monster. Catchy phrase indeed, perhaps you may quote it to the press, if the news of my crimes can find a place in the tight schedule of nightly news already devoted to professional sports. I am sure that the broken little finger of a multimillionaire quarterback will take more time to report than my horrible deeds, if they make it past the cutting room at all.

I understand though. Who wants to hear about an insignificant nobody like myself?  Bring on the sports! Let America rejoice in those men who have it all, the bimbos, the money, and the fame!

Say goodbye to nobody. Hope I don’t see too many of you in hell.