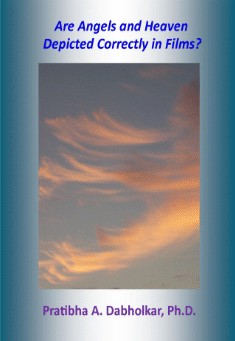 Moviemakers have always been interested in angels, heaven, and the spiritual dimension of the human experience. It is an international phenomenon. As these pages reveal, films produced in a wide variety of countries and over many decades have depicted the spiritual dimension with a wide range of approaches. How well have they done? Do their depictions coincide with the actual encounters of people who have had near-death experiences or received after-death communications or death-bed visions? Or do their depictions relate far more to fantasy? Do films incorporate or ignore the well-documented contact thousands of ordinary people have had with the spiritual dimension and which has been vividly described by scientists, doctors, nurses, and a wide variety of other people in books and articles published during the last few decades?

This book explores these fascinating questions by examining the link between the fictive world of the cinema and the actual experiences of ordinary people around the globe who have reported their contacts with the spiritual dimension. Some filmmakers come very close to the veracity of the phenomenon they incorporate into their movies while others completely miss it or achieve some degree of commonality with that reality.

A complete annotated filmography is provided, with additional information on each movie discussed in the main text. A glossary defines unusual terminology. A brief annotated bibliography is included, to guide readers to interesting books on near-death experiences, after-death communications, death-bed visions, and related subjects.

Excerpt from section on Angels:

Moviemakers tend to portray good people (even after they die) as different from angels, based on archaic religious myths. But we know from near-death experiences and after-death communications that this is not the case. Any departed soul that has gone to the Light (another word for heaven or for God) is the same as an angel.

The excellent Highway to Heaven TV series (1984-1989) correctly shows Michael Landon’s character as having lived on earth before he became an angel. Several films, Angels in the Outfield (1951), Charley and the Angel (1973), and A Rumor of Angels (2001), also accurately depict that angels are simply people who have lived previously on earth and are now in heaven.

Excerpt from section on Guardian Angels:

People who had near-death experiences have related that they met their loved ones in the spirit world and were told that these angels were watching over and protecting them. Bereaved people who received after-death communications have asserted that loved ones in the spirit dimension communicated that they were looking after them and helping them through earth life. It is not a worker who has to “earn his wings.”

And yet, many classic films that show angels helping people, such as Here Comes Mr. Jordan (1941) and It’s a Wonderful Life (1946), err in showing them as servants or workers for God, assigned to help someone and unrelated to them except as part of their job. Similarly, Defending Your Life (1991) and Afterlife (1998), which depict way stations rather than heaven, show case workers assigned to help incoming souls.

It is commendable that The Human Comedy (1943), Miracle in the Rain (1956), and The Sea of Trees (2014), weave stories where departed loved ones are clearly watching over the bereaved. Also, three excellent movies, Cockeyed Miracle (1946), Somewhere in Time (1980), and What Dreams May Come (1998), correctly suggest that departed loved ones are guardian angels by having them come to fetch someone when they die.

Life Has Always Been Random

by Iris H Short writings that invoke spiritual creativity by pushing beyond the boundaries of common thoughts to understand life a......

When the Lamb Calls: Losing my Twin to Covid

by Keith & Kevin Rogers A collection of diary entries & poems about losing my twin brother to covid pnuemonia. The book is for Christians &a......