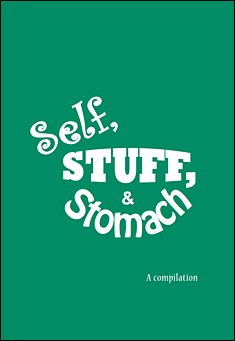 Self, Stuff, & Stomach
By Anonymous

A practical guide to living freely and victoriously as a conqueror of self, stuff, and stomach.

“Only $30 a month” sounded like a great deal at first—“only a dollar a day”—until I multiplied the monthly fee by 12. But I was stuck; I had to store my “stuff,” for I was soon to leave the United States for a one-year missionary assignment.

So I took a deep breath, wrote the check, handed it to the clerk, forced a smile, waved goodbye, and left—thinking I would be reunited with my cherished possessions 365 days/dollars later.

I thought wrong. My one-year call turned into three. For this I was happy. But as I contemplated keeping my stuff in storage for two more years, the cumulative dollar f igure quickly cured me of the notion. I simply couldn’t justif y paying over a thousand dollars to store “things” (things I obviously didn’t really need, as I had survived quite well without them for 12 months).
Friends and family were the glad recipients of most of the stored items—a painful-but-necessary step in the Lord’s patient “de-stuff ing” of my life.

The beautiful cleansing process continued over the next several years until I could fit almost all of my possessions in my car. Eventually, I sold the car.

By living lightly, God has shown me just how little “stuff ” we really need. Besides, as they say,

Some people view food as the means of maintaining life—“an enjoyable necessity.” A select group might even be labeled “finicky.” For these, appetite control is not an issue.

Others, however, are slaves to stomach. These slaves may become masters by practicing moderation. But fad diets allure many. Some people get caught in the deadly cycles of bingeing and purging or even self-starvation in desperate attempts to conquer issues far deeper than food obsession. Sadly, and just as dangerously, many others give in to gluttony.

Again, the problem is not new. In the Garden of Eden, the devil was able to deceive Eve by appealing to her appetite. Granted, the underlying problems were a distrust of God and an appetite for exalted knowledge, but the enemy easily used food to entice her into swallowing lies.

When he knew that Christ was hungry after He’d fasted 40 days, Satan hoped that He too would surrender to appetite.

Have you read Laid Off and Crazy Happy: Memoirs of a Houseband  ... it's fun!

When the Drop becomes the Ocean

by Swami Dhyan Giten "Man is like a river on his way towards the ocean, towards the divine. The drop has a thirst, a longing. The drop k......

Performance ... Bid for Fulfilment and Relevance

by A.S. Tadobo It is of no doubt that men engage themselves daily in one activity or the other, but it is quite unfortunate that the re......