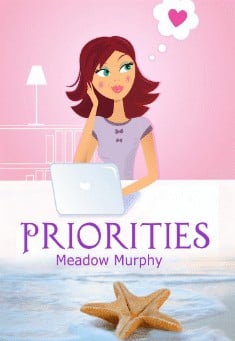 Carrie and Rita are looking for love in all the right places, with their sights set on very athletic men Rita calls cash cows.

The two girls have to decide what they will sacrifice, for only the possibility of a fairytale ending. Would you go as far as Rita, or would you be more like Carrie? Find out what you would do, as this epic romance unfolds!

“That’s him, he’s over there! Isn’t he dreamy?” Rita flutters in a little over a whisper. She’s a hot mess when it comes to athletes, it’s always been her weakness.

I give the new guy a critical once over. He isn’t really hard on the eyes at all, different then most of the guys in our school, I can’t put my finger on why. Rita downright gawks at him, but I’m more subtle, taking an extra long peak before telling her criticisms that are hardly noticeable just so she doesn’t think I’m into him. Once she knows I’m attracted, she’s like a dog with a bone, talking nonstop until I’m turned off of him just from hearing about him all the time. “His nose is too big and he’s too tall. What’s with you and jocks anyway,” I gripe, “aren’t normal guys good enough for you?”

“Sporty guys are more buff and have the potential to become cash cows! Mom said I should set my sights high, there’s a reason I’m magnetically drawn to them,” she shrugs. I notice his friend, he appears so familiar to me it’s driving me crazy, I know I’ve seen him before I just can’t place it. Rita and I have not missed any sporting events in the last two years with the exception of dodge ball, tennis, badminton, and figure skating. Rita swears we’ll find great boyfriends if it’s the last thing we do. She says this year will be different, epic even.

I signed up for the sports writer position in the school newspaper so I won’t die of boredom being dragged to all the events. I’ll write the blurbs to go with Rita’s pictures, we’ll be inseparable! I close my locker, its stiff and I have to shove it. The metal on metal is loud and a few people around us look over, nosy, I think. My eyes flick up to dreamboat and his friend who still looks so so familiar. I want to stare at him for five minutes until I can place him but that would be super strange. Both of them are looking in our direction, more at Rita than me, I’m guessing. Her eyes jet down to the ground, she’s playing shy. She can re-site all the rules on how to get a guy backwards. I lock my arm in hers and start dragging her to homeroom. We made sure we picked all the same electives so we have the majority of our classes together with the exception of math. I chose finite since I’m math stupid. Rita on the other hand loves math and the more challenging ones at that, all the power to her, I’m happy with a B.

I drag her to homeroom. Rita glances back at handsome and handsomer, “Not too subtle,” I ooze sarcasm, she honestly brings it out in me. Oh My God! “Reminding you, relationships 101, guys like the thrill of the chase, and your impression right now is all they’d have to do is whistle.” She’s utterly the most embarrassing but funnest friend I have, a small price to pay.

“When they’re as cute as that, you can’t laze around on your duff and wait for them to hopefully notice you, it will be far too late, other desperate needy girls like Melissa will take them with open arms by the time the first dance rolls around, you’ll be left sitting in loser alley with flawed boys that can’t as much as dribble a basketball pick and choose whether they should dancing with you,” Rita says grimly, “remember last year after you broke up with Alex, all the good ones were gone.”

“I wasn’t about to stay with Alex after I caught him kissing my friend! Not that she’s my friend anymore, scag!”

“You should have stayed with him, let him explain and then you go and beat the crap out of her. Alex is the kind of guy that should get two or three chances, they are a different breed, you need to be more lenient towards them, they are gods gifts, exceptions to the rules.”

“What’s your angle?” I ask suspiciously. “You will tolerate infidelity if they are the pick of the crop, whereas last year you said yourself if a guy cheats on you, he’s out on his ass!”

“Alex kissed another girl big deal, we are getting older, it’s not cheating unless he sleeps with her.”
“Again your angle?” I say confused. Rita doesn’t care unless it affects her most of the time.
Rita looks at me shocked, “You do realize the one standing next to the new guy IS ALEX. How long did you go out with him and you don’t see that he’s new and improved, probably learned his lesson. You should get back with him so I can have a shot at the New Guy!”

Rita giggles, “Bet you wish you didn’t break up with him now!”

They saunter in like they own the class. I distract myself looking down to avoid eye contact. I can sense where they are in proximity to me and when I feel it’s safe to look up, I do, getting a better look at New Guy’s friend. Holy! It is Alex! He does look better, way better. Figures, I release him back into the wild after I catch him cheating on me and he does a total turn around. Alex turns into buff personified over the summer and I’m alone again. “Wow!” I say shocked to Rita.

“Right! You might want to give him a second chance?” she suggests.

“He’s not asking for one,” I tell her and then I’m saved, class begins and a boomer (our slang for baby boomer) teacher walks in.

After school the newspaper team meets up in the lunchroom for our first meeting.  We take turns introducing ourselves, there are five others plus me and Rita. We aren’t familiar with the others but suffice it to say they don’t hang with the popular crowds, a slightly more pathetic bunch you would expect from one of those nerd movies on television.

Will the editor and chief says this year’s plan is to cover all the school events with highlighting sports. Minor hockey league scouts will be coming to our school to watch two hopefuls in particular during the playoff games, that is only if our teams make it. Rumour has it, the first is the new kid, his reputation proceeds him from his last school and the obvious other person from our school is Alex, both having a slight chance in professional hockey.

Alex was always the MVP so the news wasn’t really a surprise to me or the school for that matter. The only big surprise Alex gave ME was when I happened to realize he left his wallet in the car, so I kindly decided to fetch it for him and then adventure to the teams locker room after the game, anyone knows the stench along can KILL you. I pushed the door open with normal force which surprisingly, didn’t make that much noise. Once it opened, I heard funny slobbery kissing noises. I froze fearful another player and his girlfriend might be in the locker room with Alex. I never suspected the sounds to be coming from him until I tip toed closer and saw it with my own two eyes. Rounding the corner, I was struck with the sight of  Alex pinning Melissa to the wall. He wasn’t naked but he might as well have been. I gasped, and they spotted me, that’s when I ran like hell. There was no closure from that entire incident. He made no effort to explain or apologize to me and I haven’t spoken to Melissa since.

I never suspected he would cheat on me, just like he never suspected I would go into the boys locker room after a game when I so inadvertently complained about the smell of it all the time.

Rita nudges me in the gut and I startle back to reality, “His name is John!” She whispers, “The new guy is John. Get used to hearing that!”

I try to shake off my feelings of hurt and anger but it’s not easily done. “Aren’t you asking me to jump the gun a bit?” I ask her. It’s only been five months since it happened. Obviously, I haven’t moved on.” I wonder if he has. He looks completely different now, maybe he locked himself in a gym or something during those five months. Maybe he missed me too and he’s still single?

“Carrie, Are you okay?” Rita asks. She’s exaggerating concern and now everyone’s looking at me.
“Yes, of course.” I tell her. Will our editor-in-chief tells us when he expects us back and our first assignment is a football game a few days from now.

by S. Ann Cole Sadie Francé has known nothing but pain all her life. Good things just didn't happen to people like her. O......

Sleeping With Your Best Friend

by Rosa Temple It's Lori's wedding night and husband, Sam, makes a startling revelation just hours after arriving at their drea......