The voices of the new generation speak out.

Bless struggles to govern Crossroads, now that her father HigherBrook is gone. TelZodo chronicles the Masari's decline as Yata gain control of the region. Caught up in an unpopular argument for increased predation, he doesn't know what to believe in any more.

Abri, Zai's eldest son and a Preserver, must reconcile his sworn oath to hunt Masari with his growing worship of them. He finally understands the true meaning behind his people's ancient myth of the man who had killed his own kind to feed the predators.

I divided my time between the funereal shed and my dormitory. Bless and I erected a case in the Rotunda for HigherBrook's bones while my father prepared his flesh for consumption. We could have been sleepwalking, waiting for gods I didn't believe in to wake us.

Eleven days after HigherBrook's Remembrance I was rounding the barn, headed out of the Grange, when adolescent giggles stopped me. On any other day I would have known immediately what it meant. On this day, my other instincts took longer to surface as I stepped toward the rear and listened to the furthest thing from grief.

I might have joined in if I felt up to the task and if I were hearing different people. One of those three on the straw was my cousin WingLeaf. The young male with her sounded as eager to reach his prime as his ******. Joyful braying from Yucof's daughter HeadWind drowned them both out.

Wing and Windy had done almost everything else together, so why not this? Except that my cousin wasn't yet of age and HeadWind, ten years older, wasn't quite of mind. I don't know if Windy knew what she was doing, beyond the fact that it made her happy.

The male enjoying them by turns would have worked up a good thirst, so I waited for him at the tavern. I hooked my legs around the stool, leaned over the counter, and studied the froth in my mug.

His smell reached me before I heard him saunter in. At his age I had already given up trying to be a father. At that age I had helped deliver WingLeaf, whose musk now ringed him like a trophy. But he was a full-blood, slow-developing Masari. He still had growing up to do.

I drained my mug and slid it back down the counter. "I'll have another," I called. "And set one up for DirtBall."

I tried not to smile as his saunter became a prowl.

He took the stool next to mine, his ruddy neck fur only a little frizzed, and twitched still-downy chops. "No one's called me that for years."

"I hear you're still a biter. What are your intentions toward my cousin?"

A few patrons glanced our way, then returned to their business. His fingers hesitated by the brew, as though he wasn't sure whether to trust it.

I doubted he knew what the word meant. He squared his shoulders, exuding a scent that told me he was trying to be a gentleman. 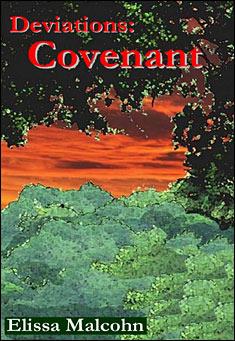 by Rudy Rucker Your Guide to the 21st Century! It starts with Software, where rebel robots bring immortality to their human creator......