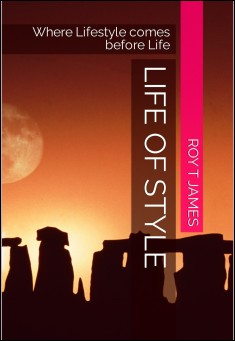 We are not at all aware of the true status of human life, and are trying to bring peace and harmony, which however remain elusive. Even when we happen to get an inkling of our status, our predilection with 'a violent human society' takes better of us. Before it is too late, we need to try corrections. And we can, by utilizing the violence itself in a productive manner, perhaps by going to its roots. The roots, the author finds in the unsuitable lifestyle, humans came to adopt and establish for themselves. This book examines the issue in many a dimension.

Shouldn't Human Society be a Violent One?

Ours is a violent society. Because of which, a lion's share of the society's efforts get directed to an absolutely non-productive task of maintaining peace. To make a society calm and derive the fruits of progress, we need to address this imbroglio and find reasons for the permanent state of strife that makes this a necessity. Yes, we have been doing so for years, but the society remains as incendiary as before. I think, for the search for its reasons to succeed, we need to address violence as a phenomenon that is exclusively human.

In fact this is not a wild suggestion, though violence could happen with any form of life. Between humans and all other forms of life, there is a qualitative difference in its manifestation. In one case, which is true for all living beings, for whatever reason, the violence erupts, the moment it dies down, things go back to normal. Whereas in the other one, which I think is exclusively human, if for whatever reason the violence terminates, things may go back, but always to a new normal. Why? The previous normal, where all were quite at ease, was not a 'normal'? That is, every new 'normal' is effectively branding the previous state of human society as an unsuitable one. Isn't it obvious that our living style, an aggregate of all such ‘normal’ states, is not all a normal one?

Human is not just another life, it is a life governed by ideas. Without realizing this, we successfully, rather painstakingly copied other lives. In fact all that we do against our liking, like cleaning and other menial jobs, are a result of this haphazard copying. Else, a human specific approach would have been flourishing in all activities of life and living, leading to a distinct, unique existence! Where the wants, and desires, will harmonize, and we wouldn’t be finding every previous step we took putting the present path in peril.

Instead, we are holding on to the copied lifestyle. And have come to establish ourselves into different societies. Though it calls for a big bunch of widely varying systems of governance for regulating each of those, both as independent ones, and in combination with others, we continue to struggle with it. In fact we are more than ready to put any member of the society to inconvenience or death, if that can be of any aid. But, so far none of our efforts in this direction have resulted in a success, except perhaps for short intervals of time, that too, not for all societies.

Contrast this pathetic record with the remarkable success, we are enjoying everywhere else. Rather than prodding us, it gets overshadowed, both by the lingering applause we continue to generate about those few intervals, and by the accompanying cacophony that reverberates in our midst. And to compound it all, we have armies of people specializing in areas like philosophy, religion, or politics, who devote considerable time and energy for producing imaginative justification for any instance of misery or failure, we end up noticing. If the justifications do not happen to do a thorough job, we also have a dictum that human society is a violent one. Consequently, we are not at all aware of the true status of human life, or, even when we happen to get an inkling, our predilection with 'a violent human society' takes better of us. Before it is too late, we need to try corrections, perhaps by utilizing the violence itself in a productive manner.

by Iris H A collection of remarkable ideas that encourages in depth imagination and exploration about life, society and philosophy......

by Roy T James We are not at all aware of the true status of human life, and are trying to bring peace and harmony, which however remai......