Shouting Movie in a Fire Station: Blowing Up Hollywood
By Mark Higham

Hollywood is officially America's central cultural product. This book uses the statement by Oliver Wendell Homes who, when asked what constitutes free speech said, "You can say anything short of shouting fire in a movie theater," hence the title of this book. This collection of essays uses social commentary and philosophical insights to humorously poke fun at this industry based on dreams and lies. The tone is like an uncle softly reproving his family for the dysfunctions in their lives. Not only is Hollywood taken to task over their well intentioned misdeeds, but also the reader is given background into how movies perform a function in society to replace religion in the better circumstance of visual communication where grand themes and the triumph of the human will give us a better reason to get out of ourselves, and in thinking we're being entertained, actually get insight into how better negotiate the multiple traps of living in a world that seems to target each of us for personal torture. In the end, we will come to understand that our only real job is to learn, and in the fake reality machine of the movie, find an instance of awakening into a better sense of ourselves. This is the true purpose of the movie.

This book may be a searching examination of the movie industry, the busted dreams along with those realized, of the people seeking their fortune with the odd echo of the quote “Go west young man,” filling in a space of unfulfilled desire for fame and fortune. But the sad fact that that other saying, “Know thyself” has also been an ignored dictum going underneath the dialogue concerning the question of how best to pursue the American dream, gives us an industry using the notion of the dream itself as a starting point for how to put illusions and lies in a position to lift people from their ambitions long gone unrealized. Hollywood would serve as soothsayer and Cassandra for the destinies of everyone who ever hoped to hit a ball out of Fenway Park, knowing full well they will never have the opportunity to do so. Such also is the state of the national daydream that the lottery hoped to color in, the sudden dovetailing of desire with an actual pot of gold to call one’s own.

But those tasked with structuring dreams into a reality mimicking enterprise haven’t relied on idle fantasies of quickly acquired wealth. Rather, they have worked hard to give us an industry to lift we average joes out of ourselves for just a moment, reveling in a form of entertainment looking like an escapist fantasy, when the mosaic of a product tailored to suit its audience, fails to fill in the empty places in our hearts of remaining far under the radar of public recognition.

Thus, whose stories get to be told among the billions available would be subject to a sifting process tagging only those most worthy of wide scale diversion to struggle out of the mire of anonymity. We all want to be known for something, seeking our recognition within the bounds of what is possible for achievement, but somehow feel left out in the cold when it comes to the resignation of realizing it will not be ours that reaches a wide audience, but only those stories planting a flag in territory where even angels fear to tread.

Hollywood immortalizes those within sight of its industrial spectacles. Anyone who can mimic a sort of aggrandized notion of human behavior gets instantly valorized as an actor when we have to wonder if the talent ever hovers anywhere near a type of ability we ought to honor. But this question into the authenticity of the route of celebrity demeanor does nothing to quiet the hunger for the idea of being special this particular vocation seems to endow upon the heads of those whose only task is to copy an emotion, or otherwise generate a portrayal that gives a little shot of adrenaline to anyone who watches.

It is an autocracy of the visual that we have generated in this get-rich scheme, and yet we find nothing wrong with the attraction of even the basest behaviors displayed. Oliver Wendell Holmes once, in reference to what counts as free speech, said, “You can say anything short of shouting fire in a movie theater.” Unfortunately for us, the movie theater has become a haven for every tawdry depiction, every plot heavy action feature that we excuse for the simple reason that occasionally the odd piece of beauty or ennobling experience also gets its round in the travels across movie screens not just in America, but going round the world way quicker than eighty days. The defeat of innocence only requires one instance of corrupting influence, and we peddle voyeurism with the speed of a director’s ringing “cut,” and then to the editing room, the print, and finally the circulation of something we have valued more than just the award of a salary, but a whole lifestyle pinned to the success of what in the end is snake oil in the form of drops for the eyeball, soaked in the production that may have very little to do with anything beyond the simple telling of a tale with no payoff in morality, but only in its ability for cashing in on spectacles, the kind that happen when we slow our cars to rubberneck an accident.

It would be too easy to indict Hollywood for all the cutthroat deal making, all of the scrambling over little people that gives us the industry we don’t really know that well it turns out. If we had any kind of insight into what we make these people do in order to give us what at the end of the day is simply entertainment, then we might be inclined to close the whole thing down, hoping our time of dancing with devils hasn’t imperilled our immortal souls. But this isn’t a book dedicated to that although, what these pieces of unreality have to teach us is a primary concern, put in language meant to be satirical and painting its darkly humored points in the language of philosophy, religion, and social commentary constructed for just the right type of demeaning, the kind a reluctant uncle gives to a family member when he realizes his chastening might have some sort of positive effect. 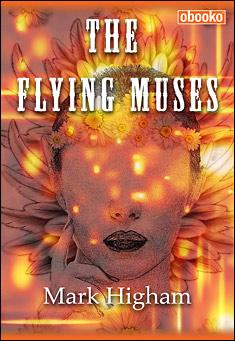 Settings and Atmosphere in Your Fiction

by Paula Puddephatt Need tips on creating authentic fictional settings, particularly in realistic fiction? Or advice about how to build susp......

by Paula Puddephatt Creating authentic, compelling characters is a vital aspect of creating amazing fiction. The tips in this book should be......