All the Fury of the Wind
By Donald James Parker

Book 5 of the Masterson Family Series - Maria Masterson and Jeremy Dillon are loving, innocent kids whose world is about to be altered drastically. Their decision to engage the culture they live in and battle for truth in the debate concerning the creation of the Universe and mankind, leads them into conflicts in which their adversaries do not always fight by Queensberry rules. A reminder that Christians are to overcome evil with good halts them in their tracks in an attempt to fight back with similar methods. Their only weapon is the Sword of the Spirit of Truth. Their dexterity in the use of this weapon increases as the two are pulled into a battle that they can't win in their own power. This novel exposes some real life dangers that pose a risk to the most innocent among us. Lessons in dealing with adversity, whether common relationship issues, lifestyle choices, or physical and emotional intimidation, abound.

Paul leaned over, his mouth taking aim for Lisa's as her eyes closead in preparation.  Suddenly the phone trumpeted an incoming call.  Startled and red-faced, the couple slid away from each other on the couch.

"I'll get it!" Jeremy yelled as he bounced down the stairs. "Dillon residence, Jeremy speaking."

"Did you hear the one about the creationist who was brilliant?" a male voice asked.

"Neither have I."  A maniacal laugh raised the hair on Jeremy's arms as well as the reading on his anger meter.

"It doesn't matter who I am.  What matters is what you are, a menace to society."

"Excuse me?  You call people up and give them grief, and that makes me a menace to society?"

"Don't try to point the finger at me, creep.  You're one of those morons who are helping prolong the myth of God.  Did you know that most of the violence in the world is caused by religion? Christianity has had its day in the sun.  Those days are numbered though, and the sun is about to set."

"Sorry to disagree with you. I think the son is just about to rise – again."

"Were you aware that there are about four million college graduates every year?  A large percentage of them are coming out of schools where evolution is considered a basic fact of life, and they're learning the lesson well.  The number of educated people believing in fairy tales is growing smaller year by year.  At the current pace, Christians should be just a lunatic fringe group by the year 2025. That's assuming that natural selection hasn't already put them in the same category as the dodo bird, the same way the pundits did long ago."

Jeremy blew out a big breath. "I'll tell you what.  Why don't you call me back in a hundred and twenty years, and we'll see who is right?  Oh, I'm sorry, if you're right, we won't be able to talk because we'll be dust in the wind.  And if I'm right, I'm afraid you're going to be toast."

"Those threats of hell don't scare me."

"Actually, I don't think those were threats that Jesus made. More like promises.  Tell me, if you say you don't believe in the IRS, are you immune from paying the piper when they knock on your door and complain about your failure to pay taxes?"

"Listen, you little turd, if brains were dynamite you wouldn't have enough to blow the fuzz off a peach."

Jeremy blinked. "Wanna play that game, huh? I heard when God was handing out brains, evolutionists thought he said 'trains' and they said, 'no thanks, we'll take the bus.'  Another version says that God gave evolutionists a choice between common sense and common ancestry with the animal kingdom.  We all know which one they took."

The caller let loose with a profane name.

"Now, you've told me your name.  What was your question?" 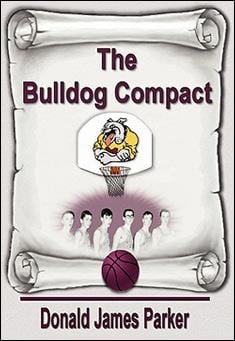