In the small village of Pali, somewhere between Jodhpur and Udaipur, the inhabitants awaited the return of Tendulkar Chucknabuttee, their village headman, elder, sage and raconteur.

Tendulkar had travelled far and wide and always came back from his travels with wondrous tales of far away exotic cities such as Bombay, Delhi and Calcutta. But this time he had been away for over a year and all sorts of rumours were circulating about not only his travels but also his possible health.

Committees had been formed to make decisions in his absence but couldn’t come to any decisions. Premature funeral pyres had been instigated, families had gone into the pre-mourning mode of wailing without your actual weeping, a sort of practice mourn with the volume turned down.

Then one sunny afternoon (most afternoons had been sunny for the last fifteen years) a bedraggled figure was seen walking down the dusty track that constituted the main road to Pali, dressed in the traditional Khadi wraparound or “throw” as they are probably called in fashionable furnishing circles, with his sandals covered in dust as was the rest of his person.

A crowd began to assemble in anticipation and suddenly the sample mourning changed to weeping. Weeping for joy and happiness as the realisation came over everybody that their long lost leader was amongst them once more and they could relax and leave all the decision making up to him now.

The crown gathered round the tall and authoritative figure and slowly the clamour and noise subsided to await the first cherished words from their spiritual and moral leader.

‘I couldn’t half murder a cold beer and some decent onion bhajis!’ So the scene was set for a feast to celebrate the return of the exalted one or “the father of our children” as some of the members of the female persuasion called him.

As the sun fell slowly upon the distant Hindu Kush range of mountains and the flies fell slowly off the meat, there was a great hush fall upon the assembled villagers as their leader started his tale of the mother of all journeys.

´Get on with it you silly old sod! ´ was the cry from the more irreverent part of the crowd.

‘As I was saying,’ he cleared his throat and pulling himself up to the full importance of his height and continued. ‘I have travelled far and wide and seen many wondrous things in our fair country but this time I have seen things that mankind cannot comprehend. I have travelled in a huge metal monster belching out fire and brimstone across the sea and oceans for many months and have been to the land of the great White Raj.’

This brought out an enormous gasp from his captive audience whose eyes and mouths were now wide open in astonishment and dribbling with exotic juices. Not a pretty sight. 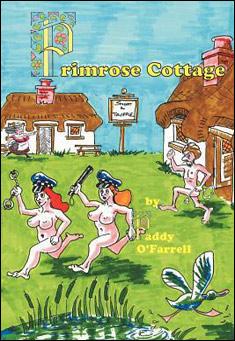 by C. Sean McGee Two neuroscientists – Graham (45); an overweight insomniac with hemorrhoids, and Isaac (27); a naïve and neur......