The Hole in the Wall
By Clare Fisher

Told from the point of view of five contrasting narrators, The Hole in The Wall is a funny, touching and satirical tale of suburban disharmony.

I do my best not to mind about the hole. Strictly speaking, it’s not a hole anymore; it’s a rough patch. When you walk into the study, your eyes gravitate towards the knee-high vomit-textured rectangle of wall. Perhaps I should say ‘I’ instead of ‘you’; Michael claims he can’t notice it. I suppose it’s because the episode with the Grangers got to me more than it did him. Nothing ever does get to him.

When I look at that patch, I see Jazz Granger crouching on the rubble-strewn floor, with that ancient cigar box in his hands. I’ve just switched the light on. He’s staring at me with a face that is half frightened rabbit, half the lorry that is doing the frightening. A few specks of plaster have settled on his nose and just as I hear Michael grumbling out of bed, he says: ‘I can see through your night dress.’ Then I see Michael flapping at him with the belt of his dressing gown and shouting words like ‘bloody outrage’ and ‘police.’ I want to tell Michael that he’s just a boy, but when I open my mouth no sound comes out.

I swerve into our bedroom. I sit down. Take a few deep breaths. Then, pushing aside all that has happened since that unfortunate bump in the night, I go right back to the beginning.

It was a few months ago – in May. I was stuck with my seminar paper on the late Victorian women’s movement. All I could do was stare out of our front window, watching as the wind blew the petals off of the council tree on the pavement, across our garden wall, slowly covering what is an earthy excuse for a garden the rest of the year. One day, I was jolted awake by the sight of a little girl crouching there. She was scooping up the petals into an old LIDL bag. Poor child, I thought. Her parents shop at LIDL; I’d better let her have my petals.

The mind works in mysterious ways: seeing that girl enabled me to swoop right to the heart of the motives and actions of those placard-bearers and marchers and school mistresses. I dreamt I was trapped inside one of their long dresses. Whenever I was talking to Michael, or any of my colleagues, I was conducting a secret conversation with my women.

A few weeks later they ceased to communicate with me. Perhaps I overwhelmed them, as I have a tendency to do. Perhaps my heart was holding back. Either way, I returned to the window. The girl was there again, sitting on our garden wall. She was swinging her legs wildly and scribbling on a piece of cardboard on her knee. The wall had been past its prime when we moved in and we hadn’t had it repaired in the three decades since; worried that some disaster would occur for which I would be blamed – oh, the irony! – I went and asked her to get down.

‘Why?’ she said, in a brittle little voice.

‘Because it’s dangerous.’ At this, she threw her head back and cackled.

‘This is nothing,’ she said. ‘My big brother once let me climb over the fence of the park with him and his mates and I was the third fastest.’

I walked towards her but she swung her legs round and jumped down onto the pavement before I could get too close.
I asked about her drawing. She suddenly made a show of being shy, sticking her thumb in her mouth and hiding the paper behind her back.

‘I’m sure it’s a beautiful drawing,’ I persisted.

Lowering her reddening face to the ground, she handed me a segment of one of those techni-coloured cereal packets Oscar is forever pestering me to buy. On the plain interior side, she had made a most remarkable likeness of the front of our house – the Georgian ratios were beautifully rendered, right down to the details, such as the window boxes and the brass lion door knob. 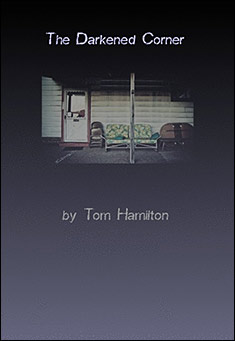 Innocent in the Afterlife

by Irene Soldatos Pope Innocent XIV drops dead three days into the job. But the afterlife, much like his reign, proves a bit of a disappoi......

by C. Sean McGee Two neuroscientists – Graham (45); an overweight insomniac with hemorrhoids, and Isaac (27); a naïve and neur......