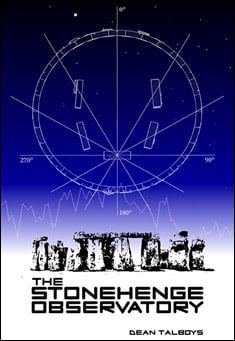 The Stonehenge Observatory
By Dean Talboys

12,900 years ago the world's climate changed dramatically, wiping out numerous species and the native people of North America. One thousand years later it reverted even more dramatically and with devastating consequences - extinction of the Woolly Mammoth and Rhinoceros, Cave Lion and Giant Deer across Eurasia, and every large mammal in South America. It also laid waste to a civilization whose knowledge would not be repeated for another 9,000 years. So violent was the cataclysm that only one structure survived - it remains to this day a monument to the people who designed and built The Stonehenge Observatory.

This provocative and entertaining free ebook destroys the current archaeological interpretation of Stonehenge as a temple built by Neolithic farmers 5,000 years ago. It reassesses evidence from excavations over since 1900 and challenges long upheld views on how the site was designed, the reason for its location, and the methods by which the stones were prepared and erected. The conclusion in stunning in its simplicity.

There is nothing like it anywhere in the world and, even more so than the Pyramids in Egypt, its origins pre-date all historical record. In this respect all we know for certain is that it existed before the Roman invasion of Britain for it was mentioned by Julius Caesar [1] in his account of the conquest of Gaul, the region now known as Western Europe. However, Caesar does little more than paint a picture of its (then) tenants, the Druids, who were involved in neither its design nor construction. It would be more than another fifteen hundred years before the condition of the stones was recorded by artists, and rather crudely at that. What they depict is a sight not too dissimilar to what we see today – the remnants of a ring of pillars topped by lintels, enclosing a horseshoe of five taller double pillars joined by a lintel (Trilithons), the entire site defined by a large circular Bank and Ditch and dotted with other stones of various shape, color and size There has even been outrage that the stones were touched at all. Sir Edmund Antrobus, the 19th century “owner” of the site, believed it better left to nature. Regardless, work was undertaken, not only to restore but also to make safe the site during which archeologists were allowed to excavate almost half of the ground to uncover even more of its mysterious past. For it emerged interest in Stonehenge the location started before the mighty Sarsen stones arrived. So numerous are the holes below ground it is impossible to discern any pattern, with the exception of a double ring of concentric holes which appear to have held the Bluestones – smaller obelisks later distributed between the Sarsens. It’s not as if the builders were short of space. Today you could still erect something on the scale of Stonehenge almost anywhere within a 10km (6 mile) radius of the current location. So what’s the attraction? Perhaps it’s the proximity to so many other unique ancient landmarks – the massive earthworks at Avebury, Durrington Walls and Silbury Hill, the superb chambered tomb at West Kennet Long Barrow, or the impressive timber holes at Woodhenge. Maybe it has something to do with the nearby River Avon. Or is it that Stonehenge lies at the vortex of so-called “ley lines”?

If Stonehenge is famous for anything it must be the alignment to that most important of annual events, the midsummer sunrise. Anyone who has spent time in England will appreciate just how easy it is to miss summer altogether, so what better way to ensure you don’t forget than by building a massive reminder? It is on the “must see” list for thousands of tourists visiting England each year, not only during the midsummer festivities, and yet remains largely unknown outside of the United Kingdom. It is amazing how, on more than one occasion during research for this book, the reply from an astronomer, geologist or other authority in the field would begin “Though I am not familiar with the site ...”, and at least one person contacted believed the site completely buried before discovery (presumably the entire surrounding landscape was excavated several meters as well to expose it!). Its exclusion from the Seven Wonders of the Ancient World could be excused by its geographic isolation (Greek historians didn’t travel very far) and the much maligned New Open World Corporation New Seven Wonders of the World from which it is also absent turned out to be an online poll more indicative of cultural identity than true wonder, so much so that the Great Pyramid of Giza had to be given an honorary candidacy. Though a finalist Stonehenge failed to get a placing, but what should England expect when the myth perpetuated by the archeological community is of a mausoleum built by Neolithic farmers in their spare time? Not that the winners were any more intriguing. The Taj Mahal, a true mausoleum commissioned by Emperor Shah Jahan in memory of his wife, was placed in the final seven along with several other national treasures from around the world, only one of which deserves to be labeled a “wonder”. Consequently, as with the Pyramids in Egypt, there is more interest in how Stonehenge was built rather than why, which is encouraged by the nation’s archeologists because proof of the ability to drag a slab around without the help of beasts or machines serves to reinforce the possibility that their ancestors alone were the builders. In this respect British archeologists should be careful. National pride led to the embarrassing episode of the Piltdown Man, once hailed by several British institutions as proof that evolution started in England but years later found to be nothing more than a collection of animal bones. Stonehenge is no archeological hoax, but neither is it a monument to British Neolithic ingenuity. 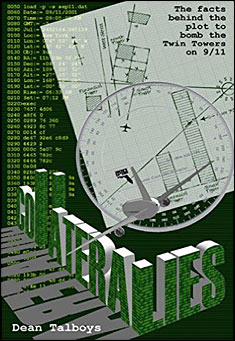 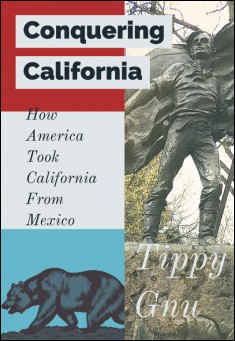 by Tippy Gnu Many Americans worry about illegal immigrants sneaking across our southern border. But did you know there was a time whe......