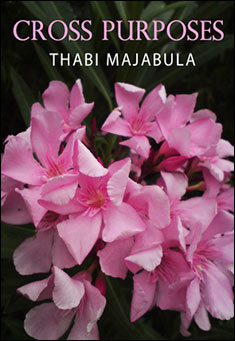 Engaged to be married, Maria invites her ex-boyfriend to her wedding. He is saddened that her life has moved on and declares clearly he wants to marry her. Maria makes a decision to terminate the engagement because she finds out something disagreeable concerning her prospective groom.

"What is this?" demanded Barry, waving an envelope at Maria. She had known that this would happen, but she had not expected Barry to be so angry.

"The last time I checked, you could read," she said, pretending that her heart was not pounding with fear. She hoped that he would not get violent.

"How can you be getting married?" he demanded.

"Someone asked me to marry him."

"Am I?" asked Maria. Her arms were folded across her chest and she was looking at him quizzically. Her five foot six frame looked at ease, but she was shaking.

"Then why haven't I been formally introduced to your family?"

"They all know about us."

"Then why aren't we married, or engaged at least?"

"Bartholomew, we dated for seven years, and you were not ready at any time to marry me. I realised that you never will be ready to marry me."

"Are you giving me an ultimatum?"

"I gave you that two years ago, and you ignored it."

"You did not give me an ultimatum!"

"I told you that if you didn't tell me what you wanted for us in the long run, I'd find someone to marry."

"You were joking! You continued to see me."

"We went to functions together."

"You came to my parents' anniversary."

"That was five years ago."

"We've been on several dates since then."

"Did you go on those dates with me, or with Portia?"

"What do you know about her?"

"That's immaterial. The question is, are you coming to the wedding or not?"

"I'm not coming, because you're not getting married!"

"I'm getting married, Barry, believe it."

"I belong to myself."

"You have no right to try to force my hand this way."

"I'm not forcing your hand, Bartholomew. I've long accepted that you don't want me for keeps, so I found someone who does."

"I want you. I told you that when we first started dating."

"You wanted me, until I slept with you. Once that happened, you started getting cold."

"You started making excuses not to meet me, and when we met your friends and family, you acted as if you were ashamed of me."

"I was not ashamed of you!"

"Maybe you were ashamed of having slept with me." Barry fidgeted.

"My question is, if you were so ashamed of me, why are you angry that I finally got the message that you don't want me?" asked Maria.

"I never ever said that!"

"That's fine, you clearly aren't ready now, and I'm not forcing you into anything. I found someone who's ready to get married, just like me."

"You're supposed to wait for me."

"I was never yours. If I had been, you'd have treated me with respect. You'd have...That's not important now." The doorbell rang, Maria went to the door. Barry got to it first and opened it.

"Who are you?" asked Steve. He was a few inches shorter than Barry, who was six foot tall.

"I ask the questions here. Who are you?" returned Barry.

"I'm the man who's paid amalobolo for the woman who lives here."

"What? When did he have time to do that, Maria? Where was I, when all this was happening?" demanded Barry.

"How would I know? I haven't seen you in two years," said Maria.

"You had no right to do this!"

"Who is this man?" demanded Steve.

"You haven't been my boyfriend in two years," said Maria.

"We never broke up!"

"Not in words, but your actions said all there was to say."

"You should have waited for me to come back to you."

"You were dating other women! What was there to wait for?"

"I'm here to see my fiancee, not to listen to you hashing old history," said Steve.

"This is between me and my woman!" said Barry.

"I'm not your anything, Bartholomew. It's time for you to leave," said Maria.

"I'm asking security to escort you out."

"Because I don't want you here!" Barry looked at Maria as if he was trying to read her mind.

"You used to want to see me all the time," he said.

"You taught me that I was suffocating you."

"I never said that."

"Should I call security to escort you out?"

"You should go." Barry looked from Maria to Steve, then he left.

"What was he doing here?" asked Steve.

"Fine. Have you changed your mind about marrying me?"

"No! Have you changed your mind?"

"Your ex was here. You were with him a long time."

"I'm glad to hear it. I thought we could talk about wedding venues."

Maria was leaving work a few evenings later, when someone threw himself in front of her car. She had not seen him, and braked hard. She gasped, glad that she had not run over the person in front of her.

"What is your problem?" she screamed, leaning out of the window.

"I'll marry you," said the man before her.

"I'll go and see your family right now if you like, then we'll get married."

"Get out of my way," shouted Maria. Other cars were hooting behind her. Barry looked at the queue building behind Maria, then he looked at her.