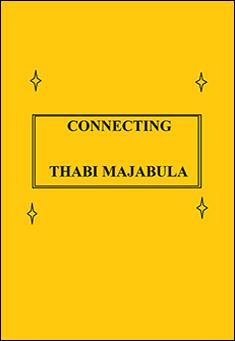 As a result of her reaction to a visit by Suko's son, her boyfriend leaves her. She attempts to get in touch with him and ask him to return, but he will nether see her nor talk with her over the phone.

She visits her son, determined to move forward, and explains the truth about her relationship. After the visit she is distressed and makes the decision to stay away from home for a while.

Upon her return, she is shocked and surprised to find her boyfriend at home. He has been anxious about her disappearance. He proposes marriage, but she rejects him, concerned that he is proposing out of jealousy, not out of love.

"I hate you," he said feelingly.

"And I love you. I always have, and I always will," said Suko.

"You don't know what love is," he sneered.

"I have a better idea than you do. Does your father know you're here?"

"That's none of your business."

"Go home, before he finds out."

"You look very much like him. You even have the same bitter expression on your face," said Suko, looking him over. He was six foot tall, light in complexion, and of big build. He was the mirror image of his father.

"Nobody insults me. Get out. Get out," she shouted.

"Don't get excited, I only want to talk."

"I don't want to listen. Go now." He left. Suko sat down and put her head in her hands. A few minutes later, she forced herself to smile, and continued with the rest of her day.

She showered at home, then, as she was changing, she looked at herself in the mirror. She was five foot seven in height, of medium build, and dark complexion. She kept her hair black and natural. She noticed the grey hairs, and decided that she was going to stop dyeing her hair. Aging was a fact of life, and she was not going to fight it anymore. She tried to find any resemblance that Sydney might have got from her, but there was none. She noticed the sadness in her brown eyes, and forced herself to smile, trying to cheer up, but it did not work.

She found Ray in the lounge. He had been seated, and stood when he saw her. He was six foot tall, with blue eyes, and long brown hair. Suko was struck again by how very handsome and sexy he was, with his broad shoulders and lean hips. She understood why he had been a very popular model when he was younger. He approached her, kissed her, then they sat down. He switched off the TV, and watched her. She looked away from his scrutiny.

"What's the matter?" he asked.

"Then why do you have that sad look in your eye? Were you thinking of your son?"

"I'm right here," said Ray, holding his arms out wide. Suko went to sit on his lap, with her arms round his neck. He held her tight.

She started crying quietly, then she started sobbing. He rocked her, and rubbed her back. When she quieted, he drew back from her, and wiped away her tears. He kissed her gently, several times.

They started kissing frantically, and disrobing each other. Suko put her hand between Ray's legs and stroked him. He put a hand between her legs, and caressed her. In seconds, he helped her to straddle his lap, then he thrust into her body. They moved together desperately. He shuddered as she continued to rock, then she made a frustrated sound.

He slipped out of her, and caressed between her legs. Her breathing accelerated again, then she shuddered, overcome by pleasure. He kissed her gently, then she went to freshen up. Suko did not eat much dinner, and she felt guilty that her bad mood was affecting Ray negatively. When they climbed into bed, she spooned behind him, and lay awake a long time.

"I hate them," Ray said at breakfast.

"Your son and his father."

"You don't even know them."

"For their own sakes, I hope we never meet, because I'll kill them."

"Whenever you see either of them, or think about them, you spend a week moping, feeling guilty, and who knows what else. Those good-for-nothings take you away from me. I want to sue them."

"It will. The words mean someone's taken your lover's love from you."

"It only works if the lover loves them. I don't love them, not both of them."

"Love your son if you want to, but stop punishing yourself, and me, for what you did over twenty years ago. Let it go. Let yourself live. You can't change things. Do you regret what you did?"

"Then why the guilt? If you don't regret something, you can't feel guilty about it."

"No, I don't. Help me to understand, then I can stop hating them." She tried to speak, but no words came out of her mouth.

"Tell me why you get miserable about them," he said.

"You must, Suko. You must. Your explanation is the difference between us separating, and staying together."

"What?" asked a panicked Suko.

"I'm not staying here a second longer, to compete with men I don't even know."

"No, I'm not, because I lost to them a long time ago, and they win again each time you see them, or think about them."

"Explain how not. You agonise over them the way you never agonise over me. Not that I want you agonising over me, that would cause you pain, and I don't want you in pain, but I do want and deserve more attention than them, because I don't hurt you." They watched each other in silence.