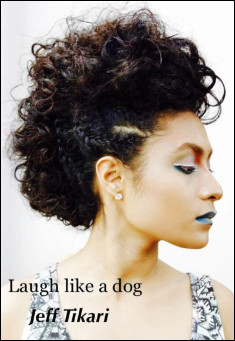 The story details the insults and abuse John has to tolerate. Tom( John's friend) and his young sister come to live in the Rowal mansion. The dignified and haughty Ranjit Rowal is infatuated and lusts after the young sister . John gradually wins acceptance by the family. Young Sally, is his trump card. But Sally has also fascinated John. Thinking of Sally makes him horny and want to go back to her on this other farm. If his wife wishes to stay, she can, BUT without him. He has had enough of this country bloody life. His butt is paining ever since he got here – those saddles are solid hard pain-in-the-arse leather, man ! And his mother-in-law is a deeper pain in the exact same spot.

That fateful day, John Rao took a leisurely warm shower, shaved, doused a generous amount of Yardley's Lavender and patted his cheeks to lessen the sting; he checked his face in the mirror for blemishes and found none; the mirror reflected a handsome face, clear skin, light brown hair down to the shoulders. He nodded with satisfaction; his improved diet (courtesy his wife’s wealth) was showing results. Choosing a light off-white gabardine suit, he set it off with a crisp Armani sky blue open necked shirt and skipped down the steps to his new red Mercedes coupe´ (again his wife’s largesse); as there was time before he picked her up from the yoga gym, he drove with the hood down to the seafront.

Freshness to sea air is imparted by bacterium in the water that release a gas that imbues a lively and brisk aroma to the air sweeping across it. He inhaled deeply and watched the gentle rollers sizzle as they lapped the wet sand and ebbed back leaving a line of white foam.

A glance at his elegant Longines (atonement present - wife) showed he had a half hour before he picked up his wife, Meena. He would use the time to cruise the damp sand. He loved this; his fair skin, light hair, and grey eyes attracted admiring looks from women - he was often mistaken for a European. He turned the key in the ignition; the engine throbbed to life.

Nothing alerted him to the danger that lay in wait.

John married Meena for her money. She was plain and homely and John could have his pick of the pretty girls in college, but none had the advantage Meena presented…loads of wealth!

Father Murphy (rotund, half moon glasses – a happy smiling face) solemnized the wedding vows in a quaint six-pew church not far from his college. John's aging mother (overweight; arthritis) and younger brother, Alec (adolescent, pimpled, tight fitting suit) attended from the groom’s side; Meena had only her school friend, Jyoti (shy, nail chewing), and her liveried driver as witnesses.

After the ceremony, they visited Lee Wong – red lanterns, red tablecloth, matching red napkins; bowing and scraping waiters, and stringed, high-pitched music. The aroma of spicy food invaded their nostrils. John wondered if the Management wafted mouth-watering smells into the dining area to hone their hunger.

Meals: chapatti, assorted sabzi, chutney; cooked by the old bent chowkidar, served in thalis placed on a long table by the open window.

View: unkempt weedy lawn; narrow flowerbeds with crumbling sides; stunted yellowing plants and blooms; rusting goat-fence; paddy fields; and a dark forest in the distance.
The couple made a few short excursions in a bumpy old hired jeep to the forest to which they took a picnic lunch and beer. They ate sitting together on a straw mat spread under the dappled shade from overhead trees and were serenaded by cawing forest crows. These were the only outings in the five days of honeymooning.

They returned home thereafter, John’s resources would not permit a longer stay and he wouldn’t accept money offered by his bride – not as yet, anyway.

A week after the church wedding, John was asked to attend a Hindu wedding arranged by Meena's parents: a short ceremony to 'placate the families’ feelings', he was told.

Hundreds of guests milled around the splendid gardens… the Rowals were a wealthy and respected family. Ritual chanting by pundits and heavy incense laden smoke pervaded the large open shamianas (tents). John was guided through the ceremony and stumblingly repeated Sanskrit passages after the pundit. The proceedings lasted twice as long as the church wedding and luncheon put together - but John wasn't complaining; he was happy Meena's family had accepted him…or so he unknowingly thought.

He smiled happily, forehead covered in vermillion, yellow ochre, and holy rice; but was nevertheless, apprehensive of his acceptance by Meena's dignified and rather cynical father, Ranjit Rowal, who had received him with an unsmiling straight face and a perfunctory nod… no handshakes.