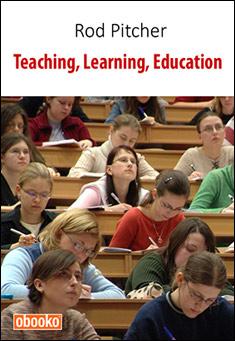 This book is a compilation of 40 of my published articles about teaching, learning and education over the last few years. All have been published on a leading Australian and New Zealand teaching and education web site, EducationHQ. They are pretty much in the order of first publication.

Most of the articles were reasonably well received, although it must be said, some were controversial and some attracted various amounts of disagreement. The articles range from the discussion of various teaching, learning and education topics to, something a bit different, a haiku series about a school day as might be written by a schoolchild. They cover a lot of different areas, but are all focused around education matters.

I have brought all the articles together mainly for a desire to have them all in one place for easy access. I hope that anyone interested in teaching, learning and education who does not know about EducationHQ, or does not have access to the web site, will find them useful.

I hope that you find this book useful, or at least interesting enough to read and think about. If you are involved with education I hope that you find the articles useful, in one way or another. If the articles make you think, whether or not you agree with me (these are, after all my opinions, and I don't expect you to agree with me about everything), I will have achieved something that I think is worthwhile.

Many people have proposed that words be spelt phonetically, that is, how they sound. Mostly phonetic spelling is suggested because, it is claimed, it would be easier to read and would take away some of the odd spellings of English words. This, it is again claimed, would make it easier for children to learn to spell.

However, it seems to me, that those people who want phonetic spelling have not thought through all the problems that would be created by it. The problem is that different people pronounce some words differently and so would spell them differently phonetically. Amongst people who speak English there are many different types of accents and thus pronunciations.

For instance, many words are pronounced differently in the north of England from the south. Similarly in the United States. Some countries have few variations due to different accent, such as Australia, but there are still a few differences: For instance the way people in some states pronounce ‘film’ and ‘school’.

These differences of accent and pronunciation would mean that the speaker would want to spell the words differently. Thus, different countries, and even different areas of some countries, would develop different spellings. English would then become fragmented and English speakers in different countries would have difficulties communicating with each other. At least with one standard written English the various English writers can communicate in writing if not in speech. Phonetic spelling would only work if everyone spoke with the same accent and pronunciation.

These examples show that using phonetic spelling the English language would soon diverge into many difference forms which would make it difficult for people from different backgrounds to communicate with each other in writing as now sometimes happens in their speaking with different pronunciations.

Next consider words that are pronounced the same but spelt differently, such as ‘sail’ and ‘sale’. Presumably they would both be spelt phonetically as ‘sayl’ or something similar. If  the captain of a ship were to see a sign saying “Sayl on!” he would be confused. He wouldn’t know whether he should up-anchor and start his voyage or rush out and buy a bargain. Such phonetic spelling will only result in confusion for everyone.

I doubt that phonetic spelling would help children learn to spell. They would want to spell words the way they say them. If this did not happen to be the accepted pronunciation then their writing would become illegible to other readers who say the words differently.

by Yoones Tasooy A good story encourages us to turn the next page and read more. We want to find out what happens next and what the main......

Settings and Atmosphere in Your Fiction

by Paula Puddephatt Need tips on creating authentic fictional settings, particularly in realistic fiction? Or advice about how to build susp......