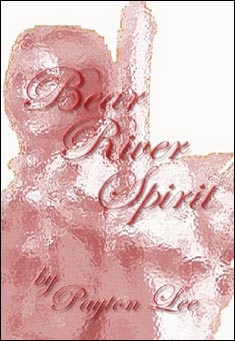 This story is set in the era of the American Civil War and covers the trials and tribulations affecting Mormon, native Shoshone and White Settlers.

Excerpt: Every day since Philip's funeral Abigail would wake Reilly in the morning, help bathe her, and help her to dress. After Abigail left, Reilly would sit on her chair and stare out the window. Her father would arrive later with a breakfast tray and eat with her. His gentle persuasions forced her to eat. They would talk about household things and Trevor would disappear until supper. Abigail would bring lunch on a tray and stay for company. It was another ploy to make sure Reilly would eat. Trevor would come at dinner and physically walk her downstairs to eat in the dining room.

This was the standard routine for these three days after the funeral. Feeling alone and especially grieved this morning, Reilly walked to the Armoire that held Philip's suit and uniforms. Opening the doors she fingered the uniform and bent her head to inhale Philip's scent. Treating the clothes like a holy relic, Reilly brushed an unseen particle of dust from the shoulder. Closing the Armoire Reilly walked to the bed, she fluffed the pillow that Philip used for sleeping. "My God," Reilly cried loudly to the heavens. "Why did you take him from me?"

Reilly walked back to the open window wiping her eyes with a lace kerchief and sat on her chair near the table to once again stare outside. Her mind returned to the funeral three days ago. She wore a heavy black veil over a black coalscuttle bonnet. It was a hot July day and she chose a simple black cotton dress. She wore black cotton gloves. Rory had stayed by her side and held her hand bravely like a strong little soldier Philip would have been proud of. At least that is what Garvey told his grandson. Trevor supported her and nearly held her throughout the entire burial ceremony.

Peter was devastated by his brother's death. Melissa was his rock and salvation. Penelope was left at home with her other grandparents.

Franklin too was devastated, but remained strong for Lillian who was destroyed by the death of her handsome and adored youngest son. Lillian fell apart in hysteria many times during the service and the burial.
Reilly returned in her mind to the wake after the burial. Lillian was actually nice and sympathetic. "My son adored you! You were his life. It is all my horrible pride that made this tragedy happen. I'm being punished. Lord, I promise I'll change. I swear!" Lillian repeated over and over.

Reilly wanted to be strong and loving for Lillian's sake, but she was too encased in her own grief. She remembered Melissa comforting her and her husband, Peter. Melissa told the two of them she was again with child. If their baby were a boy she would name him Philip Madison. Reilly choked on her sobs. Melissa meant to be kind but it cut Reilly deeply that she was not carrying Philip's child. She could not even carry on her husband's name.