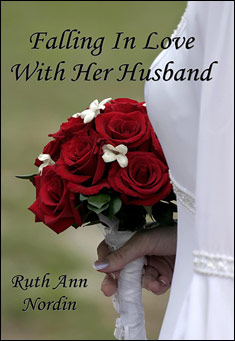 Excerpt: Growing up in a wealthy family in Virginia wasn't always easy. I should have been grateful for all the comforts I possessed, but there was a thought in the back of my mind that something was missing. I didn't know what that something could possibly be nor did it occur to me to seek it out. I simply went about my life in the routine that all young ladies were expected to follow.

All of my dresses were modestly cut. They started at my neck and stopped at my ankles. They had puffy sleeves and swirling skirts. I especially liked pinks and purples, though blues and greens were close behind as far as my favorite colors were concerned. I thought the pinks and purples went better with my light brown eyes. I liked the flowery decorations that the seamstress would sew into the expensive fabric. The dresses were meant for show and entertaining. There was nothing practical about them, and I had to wear a corset and seven or eight petticoats with them.

I spent most of my free time talking to my friends. Agnes Brothers was my closest friend, though she was a year younger than me. She was a lot of fun to be around with her good heart. If she ever had a bad day, I didn't know about it. She could talk for hours without taking a breath, which I didn't mind because she had a way of telling stories that caught everyone'os attention.

Since our parents were good friends, I got to see her a lot. More often than not, we would go to the Brothers‟ house. The Brothers had seven children. The oldest, Todd, was the only boy. He was my age, so I had many classes in school with him. I didn't know him very well because he spent so much time with Creepy Alex Dawson.

Sometimes, Alex would go to the dinners, though his parents opted to stay at their home, probably to get away from him. He was a terror with his insistent need to pull pranks on people. But once in awhile, Todd's other friends, Jack or Simon would be there, and they were decent boys who I considered a good influence on him. It was difficult to separate Creepy Alex from Todd, though Todd was always nicer to the girls than Alex was. I figured since Todd had sisters, he was automatically more respectful toward girls.

One Sunday after church in the middle of September, my parents accepted an invitation from the Brothers to attend lunch at their house. Unfortunately, Creepy Alex was there too.