The Keeping of Greg Wilson
By Ruth Ann Nordin

Patty Dixon has loved Greg Wilson since she was a child, now he is being forced into marrying her. He, however, has absolutely no intention of being married and insists on an annulment. But Patty is just as determined to keep him! This is the first story in the Montana Grooms series.

Greg Wilson squinted through the pouring rain and waited. Another gun shot rang through the air. Just as he thought. Trouble.

He spurred his horse to action. Riding as fast as he could despite the soggy ground, he relied on the yelling and another gunshot to lead him toward the source of mayhem.

"I won't go!" A woman's voice traveled through the air, followed by an ear-piercing scream.

As he neared, the forms became more distinct. A carriage door swung on its hinges, and the driver in front leaned forward in his seat, blood dripping from his mouth. A priest held a young woman back while two men rode their horses along the plain, exchanging shots at each other.

Halting his horse, he pulled the gun from his holster and yelled, "Halt right there! You're on my property!" He pointed the weapon skyward and let a shot ring clear through the Montana air.

One of the men glanced over his shoulder long enough to give his competitor the chance to shoot him in the arm. The horse neighed as the wounded man turned the reins in Greg's direction. His good arm raised, he pointed his gun at Greg.

Greg pulled his trigger and the bullet hit the target. The man clutched his chest and fell off the horse that continued to run along the open land.

Greg waited to see if the elderly man on the other horse would pose a threat, and when he saw him set his gun down, he relaxed. He slid off his stallion and approached the middle-aged priest who let go of the blond who wore a wedding dress which clung to her nice curves. His eyes grew wide. He recognized her. She was Patricia Dixon. He hadn't seen her since school. Time had been good to her. Very good.

He forced his attention back to the matter at hand. "What's going on?" he asked, keeping his fingers wrapped around the reins so his horse would follow him.

Patricia hugged him. "Thank you! You just saved me from a life of misery."

He pried her off of him.

"You're the answer to my prayers." She held onto his hand, though he tried to shake her off. Spinning to the older man who got off his horse, she said, "I choose him, Pa!"

Ralph Dixon scratched his head before plopping his brown hat back on. "Greg Wilson, it's good to see you again. How long has it been?"

Irritated, Greg finally succeeded in removing her hand from his and placed his hand in the pocket of his denim pants. "I don't know. A couple of years?"

She squealed. "Oh, he's so strong and brave. I do want him!" This time she slipped her arm through his and pressed her soft breasts against him.

He hid his annoyance at the spark of desire that traveled through him. Of all times to be interested in a woman! "Look, I demand to know what is going on." He tried to move away from her, but she stuck to him like glue.

"You're going to be my husband." She smiled at him.

"The priest is here, and my father will be the witness. We can do it right away."

"We have to. If we don't, then I'll be forced to marry a man I don't love. You saved me from having to marry John Meyer. One of his horrible men abducted me and wanted to take me to his home where he planned to marry me." She closed her eyes and shivered. "That John Meyer is vicious." She gave him a dimpled smile. "So I am all yours!"

She gasped and tightened her hold on his arm. "If you don't, then John's going to come for me."

"Then marry someone else. I don't want a wife."

"Don't you like the way I look?" She fluttered her thick eyelashes that accentuated her green eyes. Though her long, golden hair hung lifelessly down her back because of the rain, it didn't detract from her appeal. Her smile showed him straight white teeth, and she had the kind of lips that would suit very well if a man chose to kiss her. 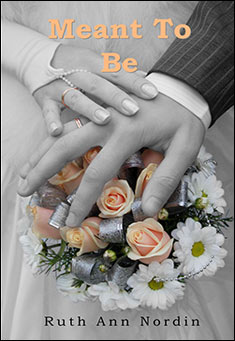 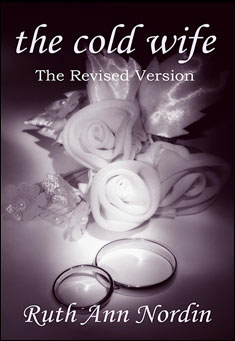 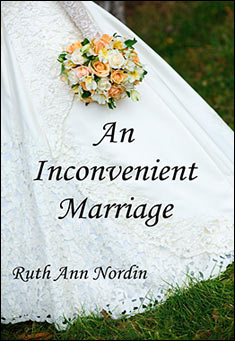 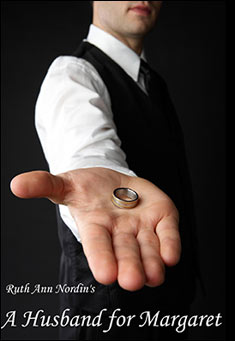