Justin stared at her and she rolled her eyes. "If you want an explanation, then it's this: I've never felt more alive than out here in the wilds, with you. I have spent my life locked up in a castle, and I couldn't even watch the world go by. " She kicked her feet and began swinging.
Her words sank into him, curled around his heart and he knew there was no letting go, not anymore. He was hers, ever and always. He found a measure of peace in that. Before, he'd been tentative, had a whatever, is to come, I'm gonna have a good time attitude. He glanced at her.
"No wonder you were such a rebellious child. "
"Was I? " She mused. "Or are they the more aggressive memories I'm having. There must have been some... quiet times; some enjoyment in each other's company. "
"Must there? " He asked and she stopped swinging to stare at him. "For all intents and purposes, Winter, you and James were combative from the get go. Summer spent a lot of time mediating between the two of you. "
She lowered her head, studied her boots. "That's sad, don't you think? "
"You had Summer. She is your family, and has always been your family. James was nothing. "
She sighed, and then tilted her head. "I thought they were supposed to be quiet. "
He heard it, too: the hard tinny revving of trail bikes. They must have been nearby awaiting the order. Or they'd been searching and had failed to find them. He turned towards the forest.
The sounds echoed then disappeared, grew louder then faint. He rose from the swing, held his hand out to her and she slid her cool fingers between his. obooko.
Down the road came two helmeted figures, dressed in professional motocross outfits: tri- coloured rash-proof, leather suits with padding and steel-fronted heavy bike boots.
The first, in three shades of blue careened into the park and slide sideways to a stop before lifting his helmet. "Hey, Lt., what's new? "
"Corporal Jenks. I see you're out of the Brig. " He walked over and shook the man's hand.
"Sir. Good to see you're okay. " Jenks turned his blue eyes to Winter and Justin saw the glimmer of appreciation in the depths. "You, too, ma'am. "
The second bike, with a red rider, pulled up beside them. He pulled off his helmet. "Private Wainright. " Justin held out his hand. Wainright took it. "Sir. Ma'am. " He didn't look happy to be there.
"Jenks, we'll only be needing the one; the lady doesn't ride. " Justin said and he could see
Jenks trying not to gape at her. In his book, everyone knew how to ride.
"What are your orders, sir? " Wainright asked and set the stand on the bike, tugged off his helmet.
"You need to speak with General Cosgrove about any further duties. He's aware of the situation, so your orders will come from him. "
Wainright and Jenks nodded. "Either of you got a mobile? " Jenks undid his jacket, reached inside and pulled his out, handed it over.
"Thanks. " Justin said and tucked it into his shirt pocket. "Now, there are road blocks at either end of this road. How you get around it, is up to you, but I'm going to try and get it lifted. Give me an hour, then head out. "
"Sir! " Both men said and began to peel off their clothes. Jenks was more or less his size, but Wainright was a little larger than Winter. He was the smallest member of Justin's team, which was probably why he'd been chosen for this mission. Underneath, they both wore jeans and sweat shirts. Wainright's feet were much larger than Winter's and she chose to keep her hiking boots.
When they were dressed, Jenks and Wainright saluted wandered away as if tourists exploring the old mill town. 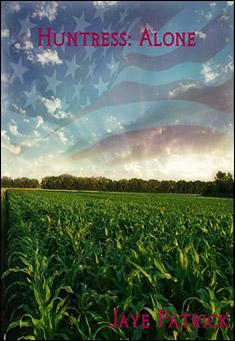 by S. Ann Cole Sadie Francé has known nothing but pain all her life. Good things just didn't happen to people like her. O......

Sleeping With Your Best Friend

by Rosa Temple It's Lori's wedding night and husband, Sam, makes a startling revelation just hours after arriving at their drea......