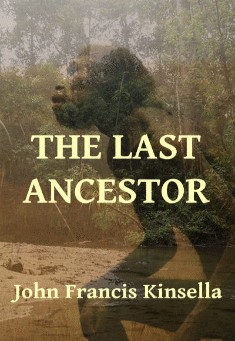 Scott Fitznorman is an international dealer in Asian and Tribal Art with galleries in London and Paris. He and Kate Lundy set off for Borneo in search of valuable ethnic art and the heirlooms of the tribal peoples living in the longhouses in the mountainous regions of Sarawak. They make a startling discovery and a scientific expedition sets out to explore the traces of human ancestors deep in the rainforests of Borneo. Scott’s research leads him into an adventure in the history of human origins, criss-crossing the planet in search of explanations, as a wave of violence wracks Indonesia caught up in the throes of an insurrectional crisis.

There were better ways of spending a Saturday morning than being dragged off for a talk about old bones. Kate had insisted that Scott accompany her to some lost Parisian suburb to listen to Michel Brunet, a renowned palaeoanthropologist, talk about his discovery of an important fossil in Chad, that of one of man’s early ancestors.

It was wet and windy and spending the morning in bed with Kate would have certainly been more pleasant. Fitznorman, however, rationalised, at the worse that could be put back to Sunday, if he agreed to her expedition, or not at all if he baulked at her project.

There was not too much traffic and they arrived early at the brand new and expensive looking mediatheque where the talk was to be held. It was just as well if they were to have a good seat since the receptionist did not even mention the reservations Kate had taken the precaution of making.

The doors opened at ten and they made their way into the small conference hall. At the entrance, to their relief, they were told that those who had made reservations would find their seats marked by ‘Postits’ in the front rows. Michel Brunet sat alone on the low stage, behind him projected on a screen was the photo of a fairly battered looking skull.
Brunet, after a brief introduction by a representative of the local municipal council, commenced his talk. He was a man of about sixty with an unassuming appearance, wearing a close cut greying beard, bespectacled, and sporting a worn blazer, he was not unlike an older version of an off duty explorer.

It soon became evident that he was a passionate exponent of human evolution with a finely developed sense of humour and a fascinating talker. He started by recalling to his audience that the teaching of evolution was still forbidden by law in the State of Alabama, then going on to explain that during the greatest part of human civilisation, man had no past history, man was the result of divine creation, he was its raison d’être, and at the centre of the universe.

Brunet’s twenty year search for the common ancestor of man and the great apes had finally borne its fruit in the harsh Djurab Desert, five hundred kilometres north of of N’Djamena, the capital of Chad, in the form of a seven million year old fossil he had named ‘Tuomai’.
The climax of the talk was the presentation of Tuomai’s skull, when the suburban audience of mostly not too young people pressed around the table to touch what was in fact a resin copy.

As they returned to Paris, Kate enthused about Brunet’s account of adventure and exploration in the vast expanses of the African desert, which he had provokingly described to his gawking audience, trapped in their inescapable humdrum suburban existence.

She was so excited by the talk that Fitznorman, in a weak moment and charmed by her girlish fervour, suggested she join him on his next trip to South East Asia in search of ancient ceramics and tribal art for his Parisian gallery.

Kate, whose knowledge of South East Asia, from a historical viewpoint and as a specialist in Asian art, was considerable, had never visited Borneo and jumped at his invitation, accepting it before he had time to change his mind. Back in his apartment they spent the rest of the afternoon poring over the maps and guides that Fitznorman dug out from his chaotically organised library.

Looking at the map of Borneo, she saw that to the north, facing the South China Sea, were the Malaysian states of Sabah and Sarawak with the tiny Sultanate of Brunei squeezed in between the two. To the south were the Indonesian provinces of Kalimantan that covered precisely 87% of the vast island.

From one of the guides, she read that the coastal areas were shallow, surrounded by impenetrable mangroves and without natural harbours, as a result the towns and villages were built well up-stream on the banks of the many vast rivers. The highland areas were far inland and difficult to reach, girdled by dense primary forests, deep rivers and swamps. The first European to cross the island was the Dutch explorer Schwaner, in the mid-nineteenth century.

At the end of the twentieth century all that was changing, fast, hundreds of thousands of hectares of rainforest were burning. A cloud of smoke invaded the region, almost asphyxiating the populations of Sumatra and Borneo. It was part of a recurring cycle of fires that regularly consumed the forests on the east coast of Sumatra and the south coast of Borneo, all of which grew on a layer of turf up to fifteen metres thick.

With the cyclical variations caused by El Niño, less rain fell and the turf dried out, that is relatively speaking, but enough to burn, sparked by the ancestral methods of shifting cultivation practised by the island’s villagers. Each year, towards the end of autumn, they burnt down parcels of forest to make new fields for rice paddies and in the years when the weather became too dry the fires got out of control taking hold of vast swaths of the surrounding forest.

The explosive growth of Indonesia’s population brought the need for new agricultural land and an ever growing pressure on the primary forests that were disappearing at the rate of two percent per year. In an arc from Pontianak to Bandjermasin fires raged covering the vast island, the world’s third largest, with dense clouds of smoke, which was then carried by the prevailing winds to Jakarta, on the island of Java to the south and Singapore to the north.

In the most part of Borneo, the soil was poor in nutrients which were normally stored in the trees and plants of the forest and recycled by the natural debris, that is dead leaves and plants, which formed the thin humus covering the forest floor. Borneo lacked the rich soil compared to its neighbours, Java and Sumatra, where as a consequence of permanent volcanic activity the soil was constantly regenerated.

Apart from certain coastal regions the ground beneath the humus was a laterite, formed by iron and aluminium hydroxide, up to ten metres deep and once the thin top soil was removed little or no vegetation could thrive, with the exception of tough wild grasses such as alang-alang.

The annual rainfall was as much as three metres and in some coastal cities it rained up to one hundred and eighty days a year, whilst in the mountainous regions it was considerably more with an almost unvarying average ambient temperature of about 28°C. In mid-afternoon hovering around 32°C, falling by between five to ten degrees before daybreak.

The canopy was so dense that little light penetrated to the forest floor. The huge dominant trees literally stood on feet, huge buttresses splayed out over the forest floor, whilst the canopy was supported on the tree’s giant pillar like trunks and their huge branches, intermeshing with an endless variety of creepers to form a vast living tissue woven by the exuberance of nature.

Kate, like many who had studied history, could not help wondering about man’s colonisation of Borneo and how he had lived in the dense and hostile forests that Fitznorman described to her.

Ancient man was probably not unlike the present day Punans, a tribe of hunter-gatherers. The forest teemed with game, but hunting by its human inhabitants was always an unpredictable venture, even nature’s most experienced predators depend on luck, with kill rates often being as little as one in six for every animal tracked.

Hunting had always been a time-consuming occupation and whilst hunters could starve, mostly herbivorous animals, such as the orangutan, could always find an abundance of fruits and plants, though at the cost of spending most of their lives foraging and eating.
The early men who inhabited the forests were omnivores, eating meat when the hunt was good, though most of the time were satisfied by a diet of fruit and vegetables, supplemented by small animals and insects. Unlike their contemporaries living on the African savannah, the possibilities for scavenging were rare in Borneo. In the hot humid jungle dead animal were difficult to find, they either decomposed rapidly or were eaten by insects, birds and small animals that lived in great profusion amongst the dense vegetation.

Scavenging would have been easier in Africa, in spite of competition from other large animals, where even today in the game reserves of the broad open African savannah, millions of large herbivores live, where zebras, gnu and antelopes graze. The life of these herbivores being about ten years meant that each year one to two hundred thousand animals were born and died, three thousand a day, providing a feast for efficient scavengers.

In comparison the jungles of Borneo were dark and lonely with relatively few larger animals on the ground compared to a profusion of animal life in the canopy high above. Early man no doubt hunted wild pig, deer and smaller animals, as the Punans, tribespeople, do today. The buffalo and rhinoceros that also lived in the forest were certainly too dangerous to hunt.

Fitznorman explained to Kate that little systematic scientific exploration had been carried in Borneo until after World War II, and even then it had been very slow. Before then most of Borneo had existed in its undisturbed prehistoric state for millions of years and only in very recent historical times had a small number of towns and villages been established on its coast and river banks.

During the last ice ages between 18,000 and 40,000 years ago the temperature in Borneo fell by five to seven degrees with a much dryer climate, rainfall was much less than it is at present, as water froze into the huge ice caps that covered the northern hemisphere and sea levels fell by more than one hundred metres opening a land bridge that joined Borneo to the Asian land mass.

The climatic change brought modifications to the forests that covered a vast region that geologists know as Sundaland, where the forests were certainly less dense than they are today in many places. Early men arrived, forced southwards by climatic pressure and slowly extended their habitat into Sundaland and what is today Borneo.

The first Homo sapiens arrived across the landbridge from Asia around 40,000 ago with new tools and weapons, followed thousands of years later by further waves of migrants who brought rudimentary agriculture with them and then boats and all the implements of Neolithic man.

by Michael DiBaggio Justin Agnarsson is stationkeeper and lone crewman of South Atlantic House of Refuge #49, a floating sanctuary for the t......