The Plan
By John Francis Kinsella

With the euphoria of the American elections past and the world struggling to come to grips with the financial panic that seem about to overwhelm it, Pat O’Connelly returns to Dublin. The contrast between the city's bleak landscape and the bright skies of Miami could not have been starker. As his taxi made its way through the city centre, the Christmas lights, which still decorated the streets, gave off a strange glare in the early evening fog. The driver sniffed and mumbled that they ‘would do little feckin good for the working man, with jobs melting away like good Irish butter on toast’.

The millions of twinkling lights that decorated O’Connell Street made a sad contrast with the gloomy atmosphere that had descended on the city, dampening its usual festive spirit. After two decades of prosperity Dubliners had forgotten what an economic crisis was and were desperately trying to come to terms with the calamity that had struck them.

In a nondescript South London suburb, Geoff, like millions of other Britons, sat down to his first morning cup of tea. It was almost ten and he was still recovering from a joyous New Year’s Eve party with his family and friends. The Christmas and the year-end festivities were over. The frost on the grass outside was a chilly reminder of reality, and more in particular of his finances. The cost of presents and celebrations had set him back a small fortune, much more than he had budgeted, with his credit cards taking a serious hit.

As he buttered his toast he reached out and zapped the TV to a news channel. He then poured his tea and opened his Daily Telegraph ― delivered early each morning come rain or shine. The news was not good and as usual the jingoistic broadsheet blamed everything that was not British; more specifically anything to do with Europe and especially the euro, a point of view that Geoff appreciated. Anything ‘over there’ had to be ****-eyed. At sixty six, Geoff, a retired engineer, lived on his pension, which at the outset was already modest, but sufficient to live on in reasonable comfort. He had paid off his mortgage, owned an eight year old Ford and could afford a yearly holiday with his wife in the UK, and very occasionally a weekend in Paris or Brussels.

A year earlier with they had left for a once in a lifetime Thomas Cook holiday. Their destination, the southern State of Kerala in India, had promised lush tropical vegetation, verdant coconut palms and golden sands. In short it was an idyllic place to lay back, relax and soak up the balmy southern sun, and as a bonus they could discover the vibrant colourful culture of India; at least that was how the brochure described it. Flight, transfers, bed and breakfast, all for the bargain price of just one thousand four hundred pounds for the two.

There, in the small town of Kovalam, their holiday was transformed into a nightmare. Geoff was taken ill in a terrifying outbreak of cholera. After ten days of questionable intensive care and quarantine their appalling experience finally ended in a chaotic evacuation home to the UK.

Geoff’s confidence, like that of his fellow countrymen, had been shaken by the events of 2008. He was apprehensive about the future, especially his own and that of his family. After their sojourn in Kovalam the world seemed an uncertain and even a dangerous place. As the financial crisis bit interest rates fell precipitously with his hard earned savings and annuity policy taking a hit. The nest-egg he had built up, together with what he had inherited from his parents, so recently earning nearly eight percent interest, now brought in less than three.

The newspaper reported fourteen trillion dollars had been wiped off world share values; a Sri Lankan government victory in its longstanding battle against the Tamil Tigers; falling house prices, and finally its weather forecast announced more cold weather and snow.
He sighed as he wondered whether events such as economic crises and revolutions changed the world. The answer was most certainly yes, he reasoned, though scientists and philosophers would have replied it depended on scale. Vast events like the Ice Ages changed the face of the planet, but individually man’s time scale was infinitely smaller, a mere speck in terms of human civilization, which in turn was an inconsequential fraction of human existence.

In terms of a life span certain events could and do change individual worlds: wars, or, perhaps, great economic events. The question was whether the crisis that struck towards the end of the first decade of the third millennium would change the world or not? It was too early to say, but it seemed certain to him that its consequences would be felt for a decade or even more, and perhaps, for future historians, it would be seen as a turning point, when power passed from the West to China.

It was common knowledge that recent changes in international trade had affected millions of workers in Europe and the USA, as China, together with its indefatigable neighbours, inundated the world with low cost goods.

There was little doubt that the crisis had hit those who had invested their money in Bernie Madoff’s fraudulent funds; those who lost their homes in the USA as a consequence of the sub-prime crisis; pensioners who lost their savings; traders and bankers who lost their extraordinarily well paid jobs; politicians who struggled in a quagmire of their own making; Russian oligarchs who saw their wealth dwindle as quickly as it had grown, and Middle East petrodollar kingdoms whose revenues evaporated under the hot sun of the Persian Gulf.

Whatever the global effects of the crisis, it looked to Geoff as if Britain was in for a long and troubled period. It didn’t need a Milton Friedman or a John Maynard Keynes to explain that the party was over. Geoff, like others, would have to learn to live with falling expectations, with what they had, accepting their changed condition and getting on with their run-of-the mill lives in the hope the economy would pick up again at some future date. The halcyon days of Cool Britannia were gone, and many of those who had planned an early retirement could forget it. Numerous were the disillusioned Brits, who like Geoff, would be facing long and bitter years of old age.

He certainly felt bitter when he realized he would have to make do with a now meaner pension. As a young man he had graduated in engineering and was assured of a promising career in industry; designing and building the machines that were at the heart of modern society. But he soon discovered his efforts went unacknowledged. Doctors, dentists, opticians, architects, financiers, racing car drivers, media celebrities and even footballers were respected by the public, but little thought was ever given to those who designed and built the complex instruments and machines that enabled the members of those much admired professions to work, including the technology that brought their exploits to the attention of their fans and admirers.

Geoff deeply regretted the fact that those in his profession were often seen as little better than old fashioned garage hands; their sleeves rolled up to the elbows and finger nails grimy with oil and grease. Like most good engineers he had strong mathematical skills, a solid knowledge of materials, a good dose of creativity, determination and foresight reinforced by long years of experience. Regretfully little credit was given to a profession that produced illustrious inventors including Charles Babbage, Isambard Brunel, John Baird, George Stevenson, Frank Whittle, Christopher Cockerell, Charles Stewart Rolls and Frederick Henry Royce.

Engineers designed jet aircraft, telecommunications systems, landmark buildings, medical imaging systems and computers, however much of the public saw engineers as those who repaired already existing systems. When Geoff commenced his career, computing had been reserved for research and had little role in the everyday activities of his profession. Calculations were made by hand in a world where the design of machines and structures were the principal subjects addressed by engineers. Computing was invented by scientists and researchers for futuristic applications in aeronautics and atomic energy. That changed in the late sixties-early seventies, when electronic calculators were first introduced. These very quickly evolved into sophisticated tools condemning the slide rule to history and opening the door to PCs and workstations, ultimately replacing the drawing board in all phases of engineering design and application.

Unseen engineers were forgotten as role models when bankers and financiers stepped into the limelight following Margaret Thatcher’s ‘Big Bang’, a reform that revolutionized the way in which the City of London worked. Her successors saw the quaternary sector as the future motor of expansion, a knowledge based economy, where finance, banking and insurance related services would provide the material for Britain’s economic powerhouse, offering a new future to aspiring graduates; a policy that was ultimately to bring the nation to the brink of disaster with the de-industrialization of a nation that was the birthplace of the industrial revolution 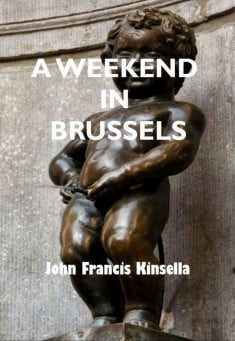 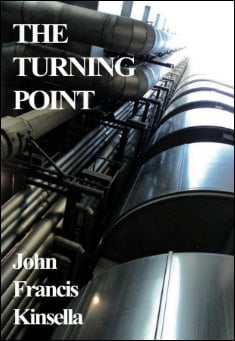