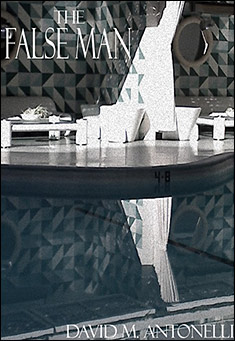 Paul Robertson is a womanizing mercurial man who has assumed the identity of a missing rock photographer after escaping a Mexican prison for a false murder charge. Spurred by his negative experiences in jail to embrace a new existence of lies and duplicity, he arrives in LA and quickly bluffs his way onto the staff of a low-end alternative rock magazine run by iconoclastic British journalist Mark and his wife Vera, immersing himself in a life of rock shows, drugs and women, while always paying service to his philosophical muse of duplicity.

When he meets the ravishing Nicola he realizes that to make any progress with her he has to get close to her while also concealing the dark secrets of his past and how he really came to be who he is, a task that proves much more difficult than he ever could have imagined. “How long does it take before lies become the truth?” he asks himself as he gradually learns to leave his past behind and truly merge with the life he is leading.

But the real fun begins when he falls for the sumptuous Nicola who threatens to uncover the mystery of his past. His world begins to unravel around him and the shocking inconsistencies of his narrative eventually geyser to the surface one night after a wild apocalyptic Hollywood party.

Imagine Hunter S. Thompson and Albert Camus meeting on the corner of Wilshire and Fairfax and you would only have a glimpse of what lies in waiting when you pick up The False Man, a sexy black comedy and psychological thriller as much as it is a scathing philosophical exploration of our modern culture of lies or a grand literary celebration of “The City of Angels”. I thought you would be interested in it because your website says...

The False Man was reviewed on the Crescent Suns e-Book Blog with an excerpt from the review shown below:

"A Light in the Darkness - The False Man

“...I sorted through the eBooks waiting on my Kindle and discovered The False Man, by indie author David Antonelli and my eyes became glued to the page, er, screen. Here was a story unlike the usual genre I tend to read and even unlike the majority of what I have read outside my usual genre. And I found I became engrossed enough to not want to put it down until I was finished with it and knew all the intricacies of this odd little story...The "hero" of the story uses the dead photographer's ID to re-enter the United States, fearing that his own identity has been compromised by his prison escape. He then takes up life in Los Angeles - as a photographer - using the same stolen ID and finds he is actually quite good at this work. But how long can a man continue on living under someone else's identity before his false world starts falling down on top of him? That's the story behind David Antonelli's The False Man. An intriguing story of moderate...purchase - ah - I mean download this great story before the author gets his head on straight and starts charging for it. The False Man, by David Antonelli, at Smashwords. Get it. Read it. Enjoy it. I did."

The phone rang.  It was Nicola.  I hadn’t seen her since she left for Chicago two weeks ago.  I could tell by her voice she was eager to go out.  I wasn’t.

“I mean, ME.” Her voice hit a false note.  After an uncomfortable silence, I continued.  “How was it?  Chicago, I mean.”
“Cold.  So cold I bought a pair of earmuffs for you.  I know it never gets cold down here, but they’ll look really good on you.”

“You’re an angel,” I replied, realizing in mid-speech that I might have come off sounding more sarcastic than I had intended.
“Thanks.  Can we get together tonight?” she asked, her warm southern accent buttering all over me.  I guess I hadn’t sounded so insincere after all.

“I don’t know.  I might have to go out with Mark to talk things over.  He and Vera were arguing again at work.”  Mark was our editor and Vera was his girlfriend and assistant.  We all worked for a guy named Wilkinson on a low-budget rock/fashion magazine called Shrapnel.

“Were they throwing things?”

“Yes.  All over the place.  But after a few minutes they cooled off.  By the time they went home they already seemed in better spirits.  I think the sponsorship problems were getting to them.”

“Do you want me to call later?”

We hung up at the same time and I extended my fingers into a bowling ball that was balanced on top of a water dispenser beside my desk.  It wasn’t that I was angry with her.  Not at all.  It was much deeper than that.  I’ve been thinking for a while and I’ve come to some major realizations.  In short, there’s something wrong with this place.  Something wrong with it, and something wrong with me.  Maybe it’s these freeways.  Maybe it’s these hills.  Or maybe it’s those wretched palm trees that sway back and forth like giant metronomes, as though marking the pace of my every step. Who knows?  But don’t go thinking this excuses the placid blinking of television sets in sparsely furnished rooms, or the endless rain which shouldn’t even be falling (isn’t this supposed to be California?) but falls anyway as though to spite us.  Don’t even start to think it does.  Yes, there’s something about the whole works and it’s starting to bother me.

It never used to affect me back in the early years - just after I moved here to take up a job as a photographer - but now it eats into me so much it takes hours just to fall asleep at night.  I lie awake in the darkness, tucked loosely between my sweaty sheets, staring endlessly into the cool white blackness that hovers in the center of my room.

Even worse, when I finally do fall asleep, the rain cuts perfect incisions into my dreams and pokes its latex-covered fingers into my thoughts as though searching for a tumor.  Perhaps there is a tumor somewhere deep inside that clouded mess I call my brain.  If so, I refuse to acknowledge it.  That simple.  I can’t let it change me.  Don’t the strongest governments refuse to pay heed to the rioting minorities?  If political leaders listened to the every whim of the rabble they wouldn’t be in charge, now would they?  So I ignore it, proclaiming a sort of spiritual despotism, a martial law of the soul.  But in the process of ignoring it, doesn’t it gain a kind of tacit importance? Enough.  This is getting ridiculous.  There is no tumor and that’s final.  No means no.

by Victor Watson The Blake Plates tells two stories, connected but separate. One of them is about Rebecca Haughton. In the spring of 1......