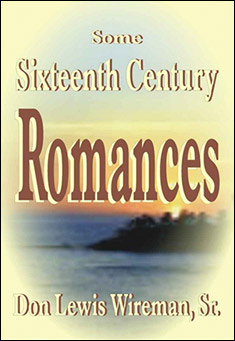 Sixteenth century Holland, France, Russia, Italy, India and the Bahamas each have their own brand of HORROR! Tens of thousands of people escape from it! Thousands don't get away in time! Twelve LOVERS are among the escapees. Can LOVE conquer all, or can HORROR conquer LOVE?

IN THE SUMMER of 1555, Ivan IV Vasilyevich, the Grand Prince of Muscovy, also known as Ivan the Terrible, was twenty-five years old.  He'd been officially crowned when he was seventeen.  He was the first Czar of Russia, which was the equivalent of the Roman imperial title of Caesar, and had already earned the reputation of being one of Russia's most brutal and notorious rulers.

Before Ivan was born, a prophet had told his father, Grand Prince Vasily III of Muscovy, that Ivan would be an evil ruler and that he'd make rivers of blood flow in Russia.

When he was young, Ivan had exhibited his sadism.  He'd torn the feathers from birds he'd caught, put out their eyes and sliced open their stomachs with a knife so he could watch the stages by which they died. From the ramparts of the Kremlin fortress he'd whirled young dogs down to the courtyard to break their bones, enjoy their yelps of pain.

As he grew older, he became convinced that God was on the side of the poisoner, the strangler, and the swordsman.  And, he believed that, as Czar, when he killed or exiled someone or got drunk or pushed peasant girls down into the straw, that it was God doing those things, through him.

After he'd had two men decapitated in public, because his paranoia had convinced him they were out to kill him, he became convinced he could dispense justice as he saw fit and that God sanctified his power.  When he rode through a crowd if anyone looked up at him he ordered their head be immediately cut off in front of all those present.


Anyone he suspected was against him—and there were thousands—he had beheaded, tortured or exiled.

One of his favorite tortures was to have the victim's clothes re-moved, have them tied hand and foot on the floor, their feet slowly roasting over a fire.  While they screamed in terror, he would slice off select pieces of the their extremities and then either slowly cut the victim into pieces or order it done while he watched.

In 1555, in the city of Moscow, which was his capital, the increasing population had exceeded forty thousand.

The fortress of the Kremlin stood like a sentinel protecting the city. Italian architects had designed much of it, including the onion-shaped, gilded cupolas of the cathedrals that spiraled toward the sky.

The Cathedral of the Intersession of the Virgin—later know as Saint Basil's Cathedral—was under construction.  Scaffolds encircled it like spider webs.  It was being built to celebrate Ivan the Terrible's military conquests.

Moscow was a lively city of wooden buildings surrounding the revered Kremlin.  Lush gardens grew along its broad, dirt streets.  There were mansions next to hovels.  There were bathhouses next to chapels.  Every person in the city went to a bathhouse once a week to steam and get clean.