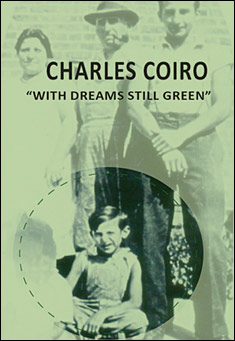 Memoir and autobiography of a young child as he became aware of the world around him. Also contains poetry and photographs of sculptures created by the author.

Drawn westward by tales of opportunity and hope, my forbears either emigrated or sent their children to the land of prosperity and growth; the United States of America. It was difficult for families to break their ties but the rewards of sending a family member to this land of opportunity where one was given the chance of realizing one’s potential by hard work and being placed on an even playing field were great. Besides, the other members of the family would soon follow.

Like in all enclaves, people from one country would gather in neighborhoods where the old customs, the foods, and language would provide a certain security. But above all, the families wanted to integrate into the society of their newly adopted country. Perhaps after some time in acclimatization, one could seek vestiges of their familiar landscapes, but for the time being, the neighborhood brought a sense of home to them.

I was born on the 2nd of May in 1929, in a five story walk-up flat in a tenement at 250 West 67th Street, New York City where Lincoln Center is now located. During those days, a midwife assisted in the birthing of children. As the time for my arrival got closer, my mother sensed that I would be born very shortly. She urged my father to bring the mid-wife as soon as possible since the woman lived a few city streets away. Feeling that the mid-wife would be too late, my mother prepared me for my arrival by placing some pillows on the floor so that my birth would not be too much of a jolt. Thankfully, the mid-wife arrived in time and I was brought howling into this new environment. Somehow, I think I resented leaving my cozy, protected environment where I had been for the past nine months. I was literally snipped from my comfortable abode by cutting my umbilical cord with my father’s huge tailor’s scissors. New perceptions and awareness filled my every waking moment as I adjusted to this new, beautiful place that we call the Earth.

My father’s parents came from the Coiro/ Episcopo lines and were born in a small town called Sant’Arsenio, in the Province of Salerno, some 180 kilometers from Naples, Italy in the Campania region. Their children, Anna, Pietro and Carlo (my father) emigrated to the United States. The parents,  Louis and Rose, remained in Sant’Arsenio until they passed away. My grandfather was a surveyor.

100 People Who Changed History and the World

by Manjunath.R This book takes readers back and forth through achievements of 100 of the world's most inspirational and influential......

by John Paul Kirkham Gemma Galgani was the very first canonized saint to have lived in the twentieth century. A young girl who lived her life......